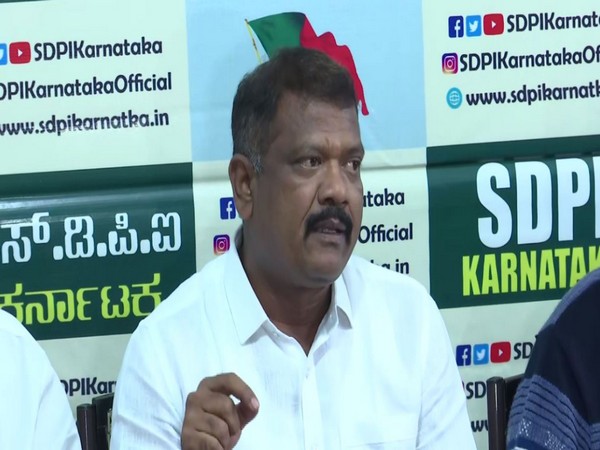 BENGALURU: The Karnataka unit of the Social Democratic Party of India (SDPI), the political wing of the Popular Front of India (PFI), on Monday condemned the raids conducted by the National Investigation Agency (NIA) against its members, and asked why the central agency had not yet conducted raids on the Rashtriya Swayamsevak Sangh (RSS) and its affiliated organisations for “acts of communal hatred”.

The NIA had arrested over 106 members of the PFI during its largest-ever raids spread across 15 states on September 22.

Terming the NIA raids as a “ploy” to suppress a “strong voice”, the SDPI leader claimed that the government could not prove a single case against the political outfit.

“This is a ploy to suppress a strong voice. They have tried this for years, but they couldn’t prove a single case against SDPI. However, the communal fascist government is constantly carrying out such attacks to create hatred among the people against SDPI and PFI organisations,” he said.

Earlier, soon after the raids, the Popular Front of India, while condemning the raids by the NIA and the Enforcement Directorate (ED) against its leaders, stated that it will “never surrender” and alleged that the agency’s claims are aimed at “creating an atmosphere of terror”.

Issuing a statement against it, PFI’s National Executive Council (NEC) said, “NEC has condemned the national wide raids by the NIA and ED and the unjust arrests and the harassment of its National and state leaders across India and the witch-hunting against the members, and supporters of the organisation.”

“NIA’s baseless claims and sensationalism are solely aimed at creating an atmosphere of terror,” it added. It said that the Front will “never ever surrender” on the action taken by a “totalitarian regime”. “Popular Front will never ever surrender on any scary action by a totalitarian regime using the central agencies as its puppets and will stand firm on its will for recovering the democratic system and spirit of the Constitution of our beloved country,” the statement said.

The searches were conducted at multiple locations in the largest ever investigation process till date. The operation involved over 1,500 personnel of state police, Central Armed Police Forces and officers of NIA and ED. Several incriminating documents, more than 100 mobile phones, laptops and other materials have been seized by the raiding teams. These searches were conducted at the residential and official premises of persons involved in “funding terrorism, organising training camps and radicalising people to join proscribed organisations”.

The PFI was launched in Kerala in 2006 after merging three Muslim organizations floated after the Babri Masjid demolition in 1992 – the National Development Front of Kerala, Karnataka Forum for Dignity and Manitha Neethi Pasari of Tamil Nadu. After the demolition of the Babri mosque, many fringe outfits had surfaced in south India and PFI was formed after merging some of them. (ANI)