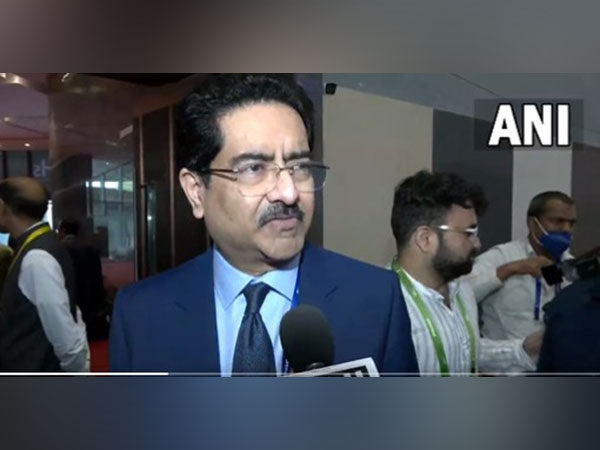 NEW DELHI: The network of Vodafone Idea is compatible for conversion into the fifth generation telecom technology and the company will make all efforts to be a part the 5G revolution, Kumar Mangalam Birla, chairman of Aditya Birla Group, said on Saturday.

“Vodafone-Idea has made a lot of preparations. The network is compatible for converting into 5G. As the Prime Minister said, this is not just a new technology, but a revolution. Vodafone-Idea will make all efforts to be a part of this revolution,” Birla told ANI.

Prime Minister Narendra Modi on Saturday launched 5G services at a function organised at Pragati Maidan in the national capital. The PM also inaugurated the sixth edition of the India Mobile Congress and witnessed the IMC Exhibition.

When asked about the 5G tariffs, Birla said, “We will have to see. There is no clarity on it yet. This has just been launched today.” Aditya Birla Group is a promoter company of Vodafone Idea along with the UK-based Vodafone Group.

Addressing the 5G launch event, Kumar Mangalam Birla called the advent of 5G a transformational event that proves India’s prowess on the global stage and reiterates the role of telecom technology as the bedrock of India’s growth.

He thanked Prime Minister Modi for his vision and leadership for a generational leap in technology that has resulted in India making a mark on the global stage. He also thanked the PM for his inspirational role in supporting the telecom industry during the ongoing pandemic and for the path-breaking telecom reforms in the industry.

Birla said that the launch of 5G marks the beginning of an exciting journey for India. “We will see limitless potential for 5G development and use cases in the years to come,” he added. 5G technology will offer a wide range of benefits to the common people. It will help in providing seamless coverage, high data rate, low latency, and highly reliable communications.

It will also increase energy efficiency, spectrum efficiency and network efficiency. 5G technology will help in connecting billions of Internet of Things devices, will allow higher quality video services with mobility at high speed, and delivery of critical services such as telesurgery and autonomous cars among others.

5G will help in real-time monitoring of disasters, precision agriculture, and minimising the role of humans in dangerous industrial operations such as in deep mines, offshore activities etc. Unlike existing mobile communication networks, 5G networks will allow tailoring of requirements for each of these different use cases within the same network. (ANI)