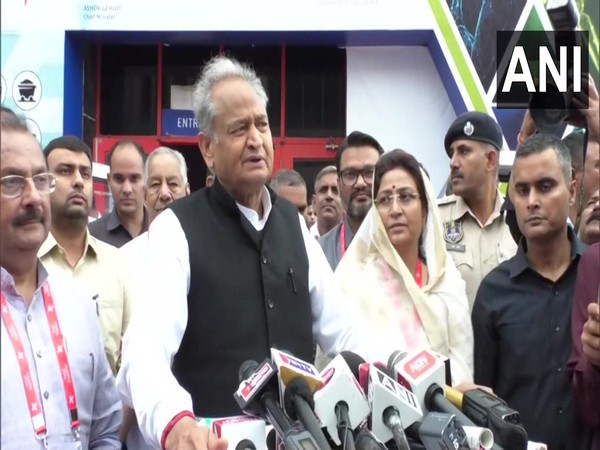 JAIPUR: Following the remarks by BJP’s Rajendra Rathore that Congress leader Rahul Gandhi is raising questions about industrialist Gautam Adani and his BJP links, while Ashok Gehlot is signing initiatives with Adani, the Rajasthan Chief Minister said that whether it is Ambani, Adani or Amit Shah’s son, the state government will welcome all industrialists, because it wants investment in Rajasthan.

While addressing the media during the Invest Rajasthan Summit, the Rajasthan CM said, “Whether it is Ambani, Adani or Amit Shah’s son, we will welcome all the industrialists, because we want investment in Rajasthan.”

“I was listening to the BJP allegations. They tried to create hindrances and made issues in the media about Gautam Adani’s name. Raising this issue will cost BJP heavily. Rajendra Rathore cannot sleep properly unless he speaks to the media, but his words are of no value. This is not a private programme, so investors, whether from BJP or from Congress, can participate in it,” Gehlot said.

“We have signed MoUs worth Rs 11 lakh crore this time, and it will contribute to raising employment opportunities. Our government has provided 3,55,000 government jobs, which is a record in itself. There is a great atmosphere for investment in the state,” Gehlot further said.