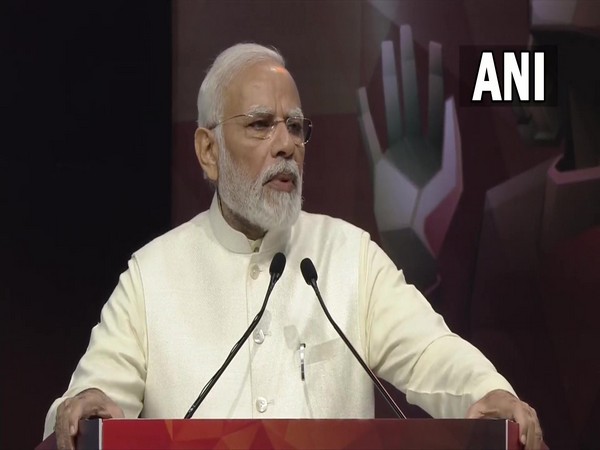 NEW DELHI: New India will not remain a mere consumer of technology, but will play an active role in its development and implementation, said Prime Minister Narendra Modi on Saturday after launching 5G services at the 6th India Mobile Congress.

“We will lead the technological advancements in the world, he added. India will play a big role in designing the future wireless technology, and manufacturing related to it,” he further added.

“At the time of 2G, 3G, 4G, India was dependent on other countries for technology. But, with 5G, India has created new history. With 5G, India is setting a global standard in telecom technology for the first time,” he added.

He stated, “New India will not remain a mere consumer of technology, but will play an active role in the development and implementation of that technology. India will play a big role in designing the future wireless technology and manufacturing related to it.”

PM Modi further stated that today, on behalf of the country’s telecom industry, 130 crore Indians are getting a wonderful gift in the form of 5G, which is the knock of a new era at the country’s door. 5G is the beginning of an infinite sky of opportunities, he said and congratulated every Indian for this.

“From exporting zero mobile phones in 2014, today we have become a mobile phone exporting country worth thousands of crores. Naturally, all these efforts have had an impact on the cost of the device. Now we have started getting more features at a lower cost,” he further added.

Further, he added, the government started a campaign to deliver electricity from door to door like it worked on the mission of providing clean water to everyone through Har Ghar Jal Abhiyan. “Through the Ujjwala scheme, gas cylinders were delivered to the poorest of the poor. Similarly, our government is working on the goal of the Internet for all,” he further stated.

He added that today, whether it is small traders, small entrepreneurs, local artists or artisans, Digital India has given a platform and a market to everyone. “Today you go to a local market or vegetable market and see, even a small street vendor will tell you, not cash, do ‘UPI'”, he said.

Digital India’s success is based on four pillars including the cost of the device, digital connectivity, data costs and a digital-first approach.

The 5G telecom services seek to provide seamless coverage, high data rate, low latency and highly reliable communications system. The three major telecom operators of the country demonstrated one use case each in front of the Prime Minister to show the potential of 5G technology in India.

Reliance Jio connected with a teacher from a school in Mumbai with students in three different locations in Maharashtra, Gujarat and Odisha. This demonstrated how 5G will facilitate education by bringing teachers closer to students, obliviating the physical distance between them. It demonstrated the power of Augmented Reality (AR) on screen and how that is being used to teach children across the country, remotely, without the need for an AR device.

In the Airtel demo, a girl from Uttar Pradesh witnessed a lively and immersive education experience to learn about the solar system with the help of virtual reality and augmented reality. The girl shared her experience of learning with the PM by appearing on the dais through a hologram.

The Vodafone Idea test case demonstrated the safety of workers in an under-construction tunnel of Delhi Metro through the creation of a Digital Twin of the tunnel on the dais. The digital twin will help give safety alerts to workers in real-time from a remote location.

Also, it will increase energy efficiency, spectrum efficiency and network efficiency. 5G technology will help in connecting billions of Internet of Things devices, will allow higher quality video services with mobility at high speed, and delivery of critical services such as telesurgery and autonomous cars among others. 5G will help in real-time monitoring of disasters, precision agriculture, and minimising the role of humans in dangerous industrial operations such as in deep mines, offshore activities etc.

Unlike existing mobile communication networks, 5G networks will allow tailoring of requirements for each of these different use cases within the same network. (ANI)