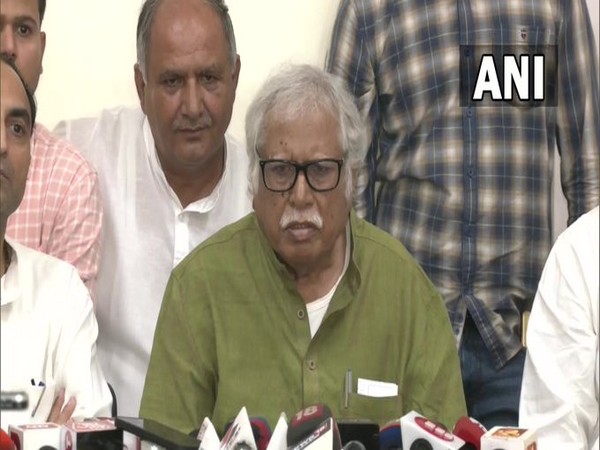 Addressing a press conference, Mistry said a total of 20 forms were submitted during the nomination process and four of them were rejected due to signature issues.

“A total of 20 forms were submitted on Friday. Of those, the scrutiny committee rejected four forms due to signature issues. There is time till October 8 for withdrawal and the picture will be clearer after that. If no one withdraws, the voting process will begin,” said Mistry.

Senior Congress leader and MP Shashi Tharoor filed his nomination on Friday for the post of party president at the office of the All India Congress Committee (AICC) in the national capital. Kharge received support from nearly 30 Congress leaders for the party’s presidential polls. These names include Deepender Hooda, Salman Khurshid, Ashok Gehlot, Digvijaya Singh, Manish Tewari, Prithviraj Chavan, and among others.

Tripathi, who also filed his nomination for the party’s topmost position, had said that “the decision of party leaders is respected”. “I belong to a farmer’s family. The country is seeing that son of a farmer who has experience of serving with the Indian Air Force, minister in state government and elected as deputy leader of Jharkhand Legislative Assembly, can also contest for the post of AICC president,” Tripathi had said before filing his nominations.

Earlier in the day, senior Congress leader Mallikarjun Kharge tendered his resignation as the Leader of Opposition (LoP) in the Rajya Sabha as he has filed nomination papers to contest the post of president of his party. Kharge resigned in line with the party’s Udaipur declaration of ‘One Leader One Post’ of the Congress party taken at its ‘Chintan Shivir’.

Kharge is a known Gandhi family loyalist, who entered into the fray at the eleventh hour. Several top leaders including from the G-23 faction flanked Kharge when he filed the nomination papers.

Former Madhya Pradesh CM Digvijaya Singh dropped out of the Congress presidential race, extended his support to Kharge, saying that he “cannot think of contesting an election” against a senior leader like Kharge. Singh was the second Congress leader to pull out of the race after Rajasthan Chief Minister Ashok Gehlot amid political turmoil in his state. Gehlot said he would be the proposer for Kharge.

The results for the party’s chief post will be declared on October 19 after the counting (if required). With the Gandhis not in the running for the top post this time around, the old party is all set to get a non-Gandhi president after over 25 years. (ANI)