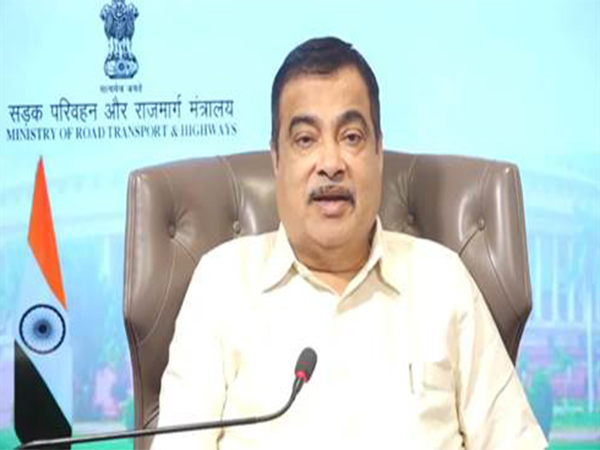 NEW DELHI: Union Minister for Road Transport and Highways, Nitin Gadkari, has called for investors from the US to come forward and invest in roads and highway projects in India, according to an official statement released on Monday.

Inaugurating virtually the 19th Indo-US Economic Summit of The Indo-American Chamber of Commerce, Gadkari said the US and India are prominent democracies of the world with strong bilateral relations. “We are natural partners and have a lot to contribute to mutual growth. Both countries have always shown mutual trust, respect and co-operation on the social, economic and strategic front. The theme chosen this year — ‘The New Agenda for next 25 years’ — will set the roadmap for strengthening our relationship,” the minister said.

Gadkari said India’s emphasis has been on creating a sustainable business ecosystem with an inclusive growth model. “We need to encourage out-of-the-box thought process and promote creative agenda to weave new pathways,” he said.

Prime Minister Narendra Modi has set a vision for India to become a $5 trillion economy by 2025. Today, India is one of the fastest growing economies and stands at fifth position in the world, Gadkari emphasised.

A well-developed infrastructure enhances economic activity, creates new businesses and promotes job creation. “Our government is investing $1.4 trillion in infrastructure development through National Infrastructure Pipeline. The road sector will account for 19 per cent of this capital expenditure over period of 2019 to 2025”, he said.

The minister said the government has launched the Prime Minister National Gati Shakti Master Plan for holistic and integrated infrastructure development in the country. With Gati Shakti, all stakeholders will follow the rule of 3 C’s: Cooperation, Coordination & Communication.

Gadkari said road infrastructure plays a critical role in the growth of the Indian economy as 70 per cent of goods and nearly 90 per cent of passenger traffic uses the road network to commute. “In 2014, we had around 91,000 km of National Highway network. At present, this network has reached around 1.47 lakh km. The government is dedicatedly to working towards expanding National Highway network to 2 lakh km by 2025”, he added.

The minister said, “We are constructing 27 Greenfield Expressways of 10,000 km across the country with an investment of Rs 5 lakh crore, that is about $60 billion.” He said these corridors result in 14 per cent reduction in travel distance between the key economic centres and this would further ensure reduction in transportation cost by 2.5 per cent. In addition, there would be saving of around 110 crore litres of fuel and reduction of carbon dioxide emission by 250 crore kg every year, he said.

Gadkari said the government is formulating a new policy called ‘Tree Bank’ for tree cutting and transplantation. As per the policy, Authorities such as NHAI, NHIDCL, Airport and Ports Authority have to maintain a tree bank account having record of planting and felling of trees during project development.

“We are bringing innovative and investor-friendly products like InvIT to allow retail investors to participate in the funding drive. We are designing the products so that retail investors can get good annual returns which are more than the fixed deposit rates”, he noted.

He said the chamber should take a lead and identify areas where talented human resources can contribute to design best financial instruments to enable investments in Indian infrastructure space. “We have a well-developed framework for Public-Private-Partnerships (PPP) in the highway sector. Asian Development Bank has ranked India at the first spot in PPP operational maturity and also designated India as a developed market for PPPs. All project documentation, contractual decisions and approvals are now being done through the digital portal,” he added.

Gadkari said India is becoming the largest EV market for electric two-wheelers, three-wheelers and cars. He said the government is strongly encouraging solar and wind energy-based charging mechanism for electric mobility. He said the government was also working on the development of electric highways which will be powered by solar. This will facilitate the charging of heavy-duty trucks and buses while running.

The minister said US-based companies can collaborate with India’s research and development efforts towards EV battery technologies and retrofitting industry. He said the National Hydrogen Mission offers incentives for the production and transportation of green hydrogen. Gadkari called upon the chamber to contribute in the development of low-cost and reliable electrolysers and hydrogen fuel cell technology. (ANI)