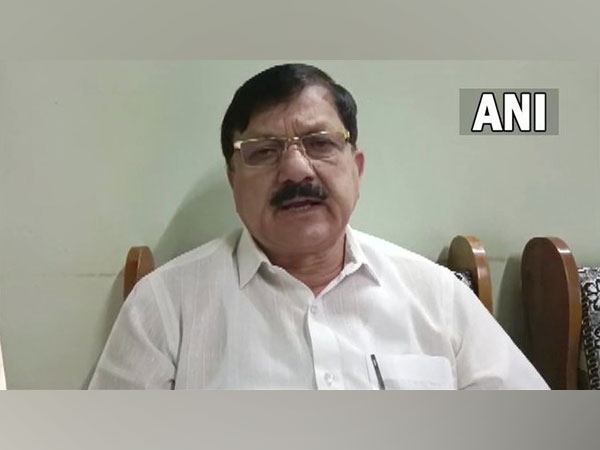 SHIVAMOGGA: Home Minister Araga Jnanendra on Wednesday welcomed the orders of the Union Government banning the Popular Front of India (PFI) and other related institutions under the Unlawful Activities (Prevention) Act (UAPA) for five years.

“I welcome this. The central government has taken appropriate action against the communal PFI and its other affiliates, which were aiding and abetting the terrorist activities in the country,” Jnanendra said. Terming the decision a “prohibitive measure”, he further said that the Centre has collected strong evidence and has taken prohibitive measures in order to preserve the unity and integrity of the country.

The Ministry of Home Affairs (MHA) made the announcement through a notification issued late on Tuesday night, declaring “the PFI and its associates or affiliates or fronts as an unlawful association with immediate effect”.

The notification clearly mentioned that the ban has been imposed against PFI and its associates or affiliates or fronts for “indulging in unlawful activities, which are prejudicial to the integrity, sovereignty and security of the country and have the potential of disturbing public peace and communal harmony of the country and supporting militancy in the country.”

“In exercise of the powers conferred by sub-section (1) of section 3 of the Unlawful Activities (Prevention) Act, 1967 (37 of 1967), the Central Government hereby declares the Popular Front of India (PFI) and its associates or affiliates or fronts including Rehab India Foundation (RIF), Campus Front of India (CFI), All India Imams Council (AIIC), National Confederation of Human Rights Organisation (NCHRO), National Women’s Front, Junior Front, Empower India Foundation and Rehab Foundation, Kerala, as an ‘unlawful association’,” the notification read.

“The Central Government hereby directs that this notification shall, subject to any order that may be made under Section 4 of the UAPA, have effect for a period of five years from the date of its publication in the office,” it added. The Centre issued the ban citing the investigation of its agencies, mentioning “the investigations have established clear linkages between PFI and its associates or affiliates or fronts”.

The PFI is involved in several “criminal and terror cases and shows sheer disrespect towards the constitutional authority of the country and with funds and ideological support from outside, it has become a major threat to the internal security of the country”, the notification mentioned.

The PFI and its associates are also accused of having “a ‘hub and spoke’ relationship with the PFI acting as the hub and utilising the mass outreach and fund-raising capacity of its associates or affiliates or fronts for strengthening its capability for unlawful activities and these associates or affiliates or fronts function as ‘roots and capillaries’ through which the PFI is fed and strengthened”.

The PFI and its associates are also charged with operating “openly as socio-economic, educational and political organisation, but they have been pursuing a secret agenda to radicalise a particular section of society working towards undermining the concept of democracy and show sheer disrespect towards the constitutional authority and constitutional set up of the country”.

“The PFI and its associates or affiliates or fronts have been indulging in unlawful activities, which are prejudicial to the integrity, sovereignty and security of the country and have the potential of disturbing public peace and communal harmony of the country and supporting militancy in the country,”

Investigations in various cases have revealed that the PFI and its cadres have been repeatedly engaging in violent and subversive acts, it said, adding, “criminal violent acts carried out by PFI include chopping off limb of a college professor, cold-blooded killings of persons associated with organisations espousing other faiths, obtaining explosives to target prominent people and places and destruction of public property”.

The notification mentions that the criminal activities and brutal murders have been carried out by PFI cadres for the sole objective of “disturbing public peace and tranquillity and creating a reign of terror in public minds”.

It also mentioned that there had been a number of instances of “international linkages of PFI with global terrorist troups and some activists of the PFI have joined Islamic State of Iraq and Syria (ISIS) and participated in terror activities in Syria, Iraq and Afghanistan. Some of these PFI cadres linked to ISIS have been killed in these conflict theatres and some have been arrested by state police and central agencies and also the PFI has linkages with Jamat-ul-Mujahideen Bangladesh (JMB), a proscribed terrorist organization”.

“The office-bearers and cadres of the PFI, along with others, are conspiring and raising funds from within India and abroad through the banking channels and the hawala, donations, etc., as part of a well-crafted criminal conspiracy and then transferring, layering and integrating these funds through multiple accounts to project them as legitimate and eventually using these funds to carry out various criminal, unlawful and terrorist activities in India.