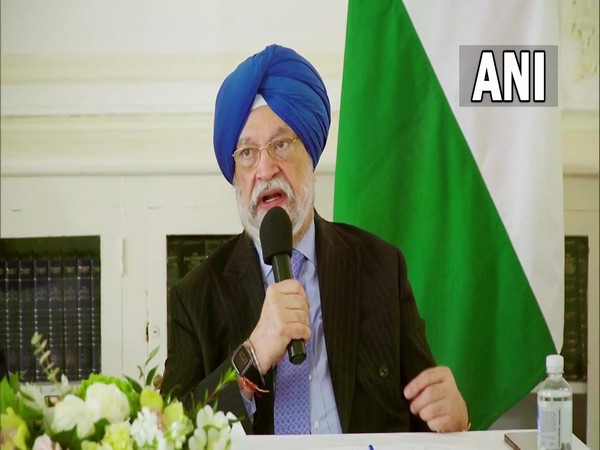 WASHINGTON: Union Minister of Petroleum and Natural Gas, Hardeep Singh Puri, on Saturday said that India is under no pressure to shun Russian oil.

In a bilateral meeting with US energy secretary Jennifer Granholm, Puri said that the Indian government has a moral duty to provide energy to its citizens and it will continue to buy oil from wherever it has to.

“Have I been told by anyone to stop buying Russian oil? The answer is a categorical ‘No’,” Puri told reporters in Washington. “India will buy oil from wherever it has to for the simple reason that this kind of a discussion cannot be taken to the consuming population of India,” he added.

Since the start of the Ukraine conflict, India has sought to carve a middle path between Moscow and its Western critics and so far largely resisted Western pressure to cut its economic ties with the Kremlin.

The US is holding “deep talks” with India over the latter’s reliance on Russian arms and oil, according to media reports citing a state department official. The official claimed that Indian representatives are starting to look at other markets to meet their demands as they try to become less dependent on Moscow for oil purchases.

Notably, the European Union (EU) on Thursday (local time) adopted its latest package of sanctions against Russia over the illegal annexation of Ukraine’s Donetsk, Luhansk, Zaporizhzhia and Kherson regions. The EU adopted restrictive measures against an additional 30 individuals and seven entities, read the EU’s statement.

The EU sanctions (8th package since the Ukraine war began) aim to force Russia to reduce prices and lose oil revenue. But, at imports to the tune of 1.7 million barrels per day, the EU is still the biggest market for Russian crude.

Moreover, the EU is trying to determine the pricing of Russian oil through its insurance firms as Russia is the world’s largest oil exporter. The European insurers rule commercial oil tankers by providing them with massive insurance. The EU sanctions will forbid these insurers from providing services to Russian companies selling oil above the price cap.

The EU’s sanctions package on Russia will impact countries like India. The EU is capping what other countries can pay for Russian oil. It bans the sale of oil above that price. This applies only to oil transported by sea, while, the EU members importing Russian oil by pipeline won’t be hurt by these sanctions.

Puri highlighted India is one of the largest oil importer and the demand is expected to rise, driven by an increase in India’s per capita consumption of energy which currently stands at one-third of the global average. Puri further stressed that the fuel demand is expected to keep rising as the country’s economy grows.

It is pertinent to note that External Affairs Minister S Jaishankar also on several platforms had explained India’s decision to continue buying Russian oil. Recently, Jaishankar said PM Modi’s advice on the issue was to do what is best for the nation. “Due to the Russia-Ukraine conflict, petrol prices doubled. We had pressure from where to buy the oil, but Prime Minister Narendra Modi and the government were of the view that we have to do what is the best for our nation,” Jaishankar said. (ANI)