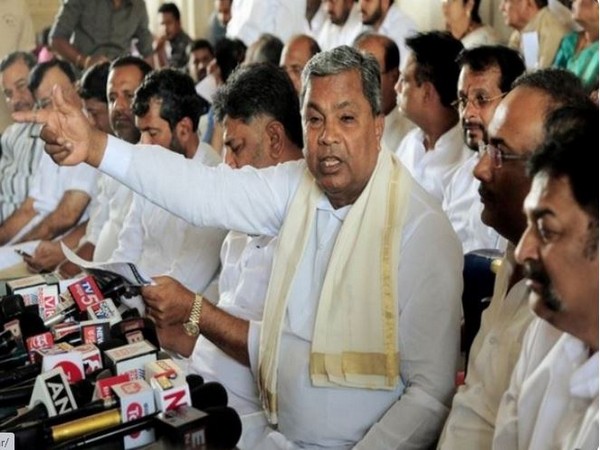 “In an attempt to thwart the preparations for BharatJodaYatra and harass Congress leaders, ED has summoned KPCC President, DK Shivakumar again. While INC Karnataka continues to expose 40 Percent Sarkara, BJP is misusing institutions to divert the attention of people,” tweeted Siddaramaiah.

The Bharat Jodo Yatra is a 3,500-km march from Kanyakumari to Kashmir that will be completed in 150 days and cover as many as 12 states. From Kerala, the Yatra will traverse through the state for the next 18 days, reaching Karnataka on September 30. It will be in Karnataka for 21 days before moving north. The Padayatra (march) will cover a distance of 25 km every day.

Karnataka Congress president D K Shivakumar has been asked to attend the hearing related to a money laundering case by the ED. The hearing has been slated for September 19. Sources say that Shivakumar has decided to write a letter asking for time.

“In the midst of the BharatJodoYatra and the assembly session, they have again issued me an ED summon to appear. I am ready to cooperate, but the timing of this summons and the harassment I am put through, is coming in the way of discharging my constitutional and political duties,” tweeted Shivakumar.

The ED had arrested Shivakumar on September 3, 2019, in the case and the Delhi High Court granted him bail in October 2019. The Enforcement Directorate, in May, filed a charge sheet against Congress leader DK Shivakumar and others in a money laundering case.

The money laundering case was registered by the Enforcement Directorate, based on a complaint filed by the Income Tax (IT) department. The I-T department, during the initial probe, had allegedly found unaccounted and misreported wealth linked to the congress leader. Shivakumar earlier had called the charges “baseless” and “politically motivated”.