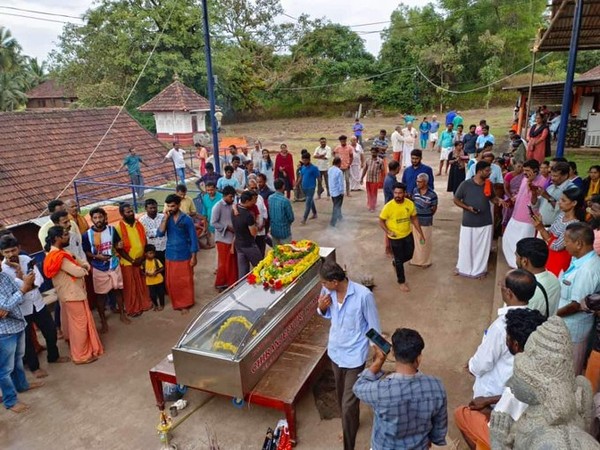 KASARGOD: Babiya, a crocodile which lived on the offerings of devotees at the Ananthapura lake temple near Manjeswaram in Kasargod district, died on Sunday night.

The crocodile is believed to be over 70 years old and did not harm devotees who ventured near it. The crocodile ate the temple prasadam offered to it by devotees, hence earning the title ‘vegetarian crocodile.’

“Babiya appeared in the temple soon after a British soldier shot another temple crocodile which lived in the lake. She was given food after the pujas in the morning and evening. The devotees also made offerings to her. Lots of devotees and tourists came to see Babiya,” temple representatives said.

As per the officials, she was undergoing treatment for age-related ailments and was found dead on Sunday night. Many devotees of the temple came to offer homage. She was cremated in the temple this noon.

Hearing about the animal’s demise, Union Minister of State for Agriculture and Farmers’ Welfare Shobha Karandlaje said, “Babiya, the god’s own crocodile of Sri Anantapura Lake temple has reached Vishnu Padam. The divine crocodile lived in the temple’s lake for over 70 years by eating the rice and jaggery prasadam of Sri Ananthapadmanabha Swamy and guarded the temple. May she attain Sadgati, Om Shanti!”

Devotees turn up to pay their last respects to Babiya.

For over seven decades at Ananthapura Lake Temple, Babiya was the cynosure of all eyes.

“Devotees turned up to pay their last respects to Babiya. For over seven decades at Ananthapura Lake Temple, Babiya was the cynosure of all eyes,” she said in another tweet. (ANI)