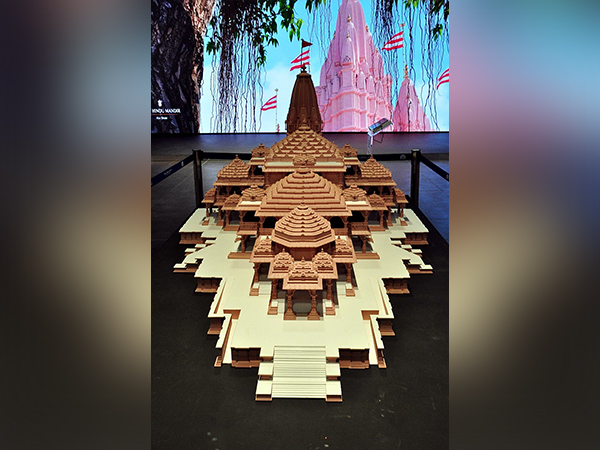 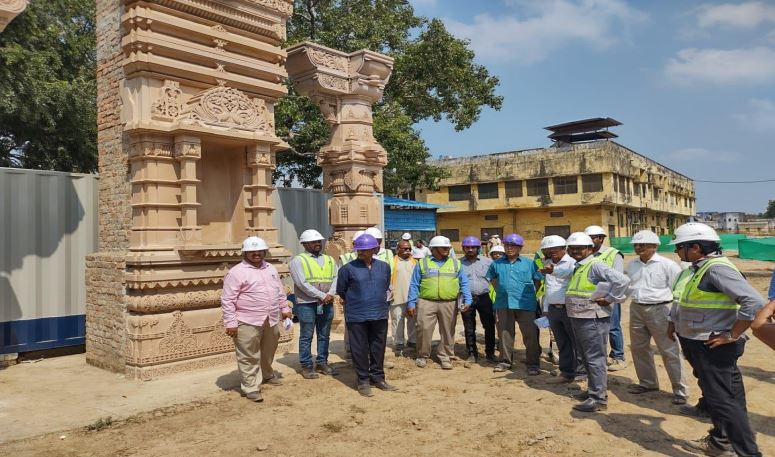 The consortium of engineers for Shri Ram temple had selected granite stone for the plinth work as most of the ancient temples were constructed on natural rocky strata.

“Approximately 17,000 granite stone blocks of size 5ft x 2.5ft x 3ft were used in the construction of the plinth by interlocking arrangement between the stones. The weight of each granite stone block is approx. 3 tons. Four tower cranes, several mobile cranes and other equipment were deployed for the erection and laying of the granite stones blocks in the plinth. The plinth area is approx. 3500 sqmt which will act like a solid rock. Proven and tested quality of Granite Stone was procured from mines of Karnataka and Andhra Pradesh,” said the statement.

“The National Institute of Rock Mechanics (under the Ministry of Mining), Bengaluru, was engaged as an expert for monitoring the quality of the granite stones at the mining place as well as at Shri Ram Temple workplace,” it added. 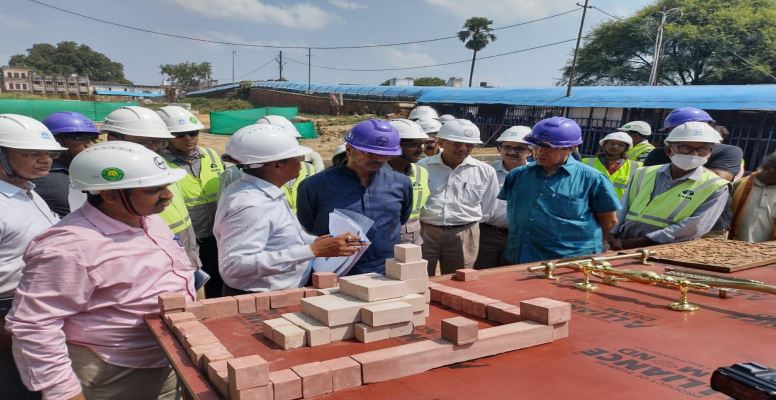 The superstructure of the temple is being constructed using carved Rajasthan Sandstone from Bansi Paharpur in Bharatpur district. The carving and erection work of Bansi Paharpur stone has started and approximately 1,200 skilled technicians are engaged at mines and workshops in Rajasthan and at the Shri Ram Temple workplace.

Approximately, 4.75 lakh cubic feet of Bansi Paharpur stone shall be used in the superstructure of the Shri Ram Temple and till date, 40 per cent have been carved and available for erection. White Makrana marble stone from Rajasthan has been finalised for Garbh Griha, flooring, arches, railing and door frames in the main temple. 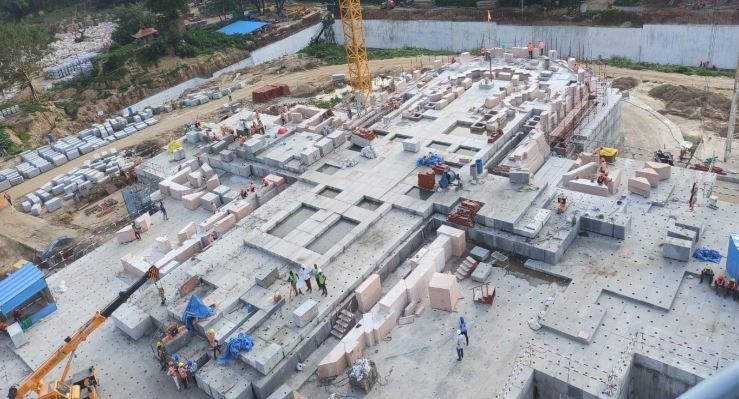 The superstructure of the Parkota is proposed to be constructed by using carved Red Rajasthan Sandstone from Bansi Paharpur. Construction work of RCC retaining wall and foundation of Parkota is in progress as per schedule, informed the statement. 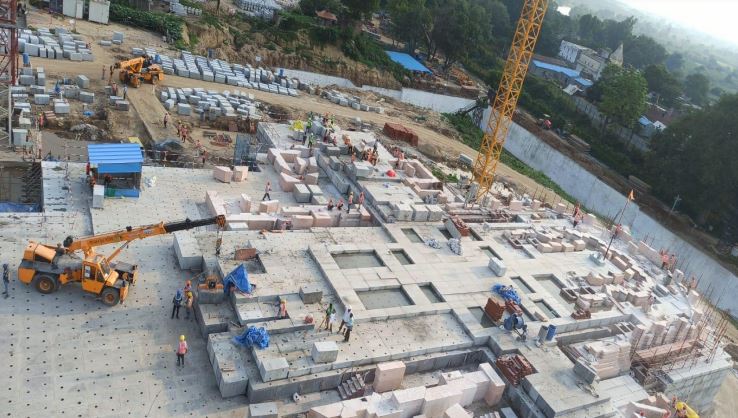 “Considering the darshan of Shri Ram Lalla to devotees will open in the month of December 2023, construction work of the Pilgrimage Facilitation Centre, other utilities and infrastructure services in the complex have started,” the statement said.

“The construction work of the temple is progressing according to the plan and by December 2023 devotees will have the opportunity of offering prayers before Lord Shri Ram,” it added.

As per the current estimate, the total construction cost of the temple and complex will be approximately Rs 1,800 crores. (ANI)