WASHINGTON: The World Bank has projected that the global economy will grow by a mere 1.7 per cent in 2023, down from the 3 per cent it estimated in its earlier forecast.

In 2024, the global economy is projected to grow by 2.7 per cent, against the previous estimate of 3 per cent. 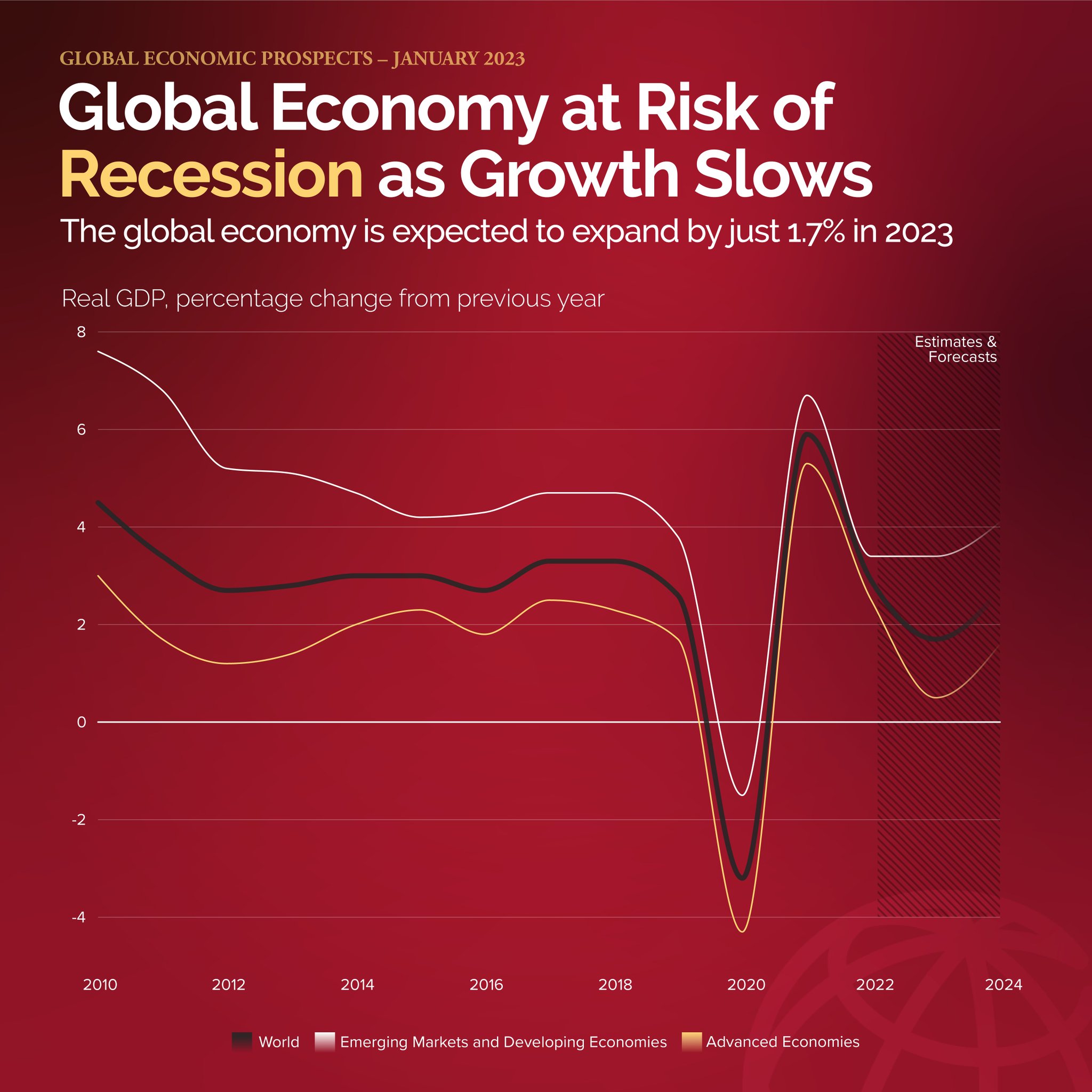 Given fragile economic conditions, any new adverse development such as higher-than-expected inflation, an abrupt rise in key interest rates to contain it, a resurgence of the Covid-19 cases, or escalating geopolitical tensions could push the global economy into recession.

The World Bank said this would essentially mark the first time in more than 80 years that two global recessions have occurred within the same decade.

“Investment growth in emerging market and developing economies (EMDEs) is expected to remain below its average rate of the past two decades. Further adverse shocks could push the global economy into yet another recession. Small states are especially vulnerable to such shocks because of their reliance on external trade and financing, limited economic diversification, elevated debt, and susceptibility to natural disasters,” the report said.

Over the next two years, per capita income growth in emerging and developing economies is projected to average 2.8 per cent, which is 100 basis points lower than the 2010-2019 average.

In Sub-Saharan Africa, which accounts for about 60 per cent of the world’s extremely poor, growth in per capita income over 2023-24 is expected to average just 1.2 per cent, a rate that could cause poverty rates to rise, World Bank said. 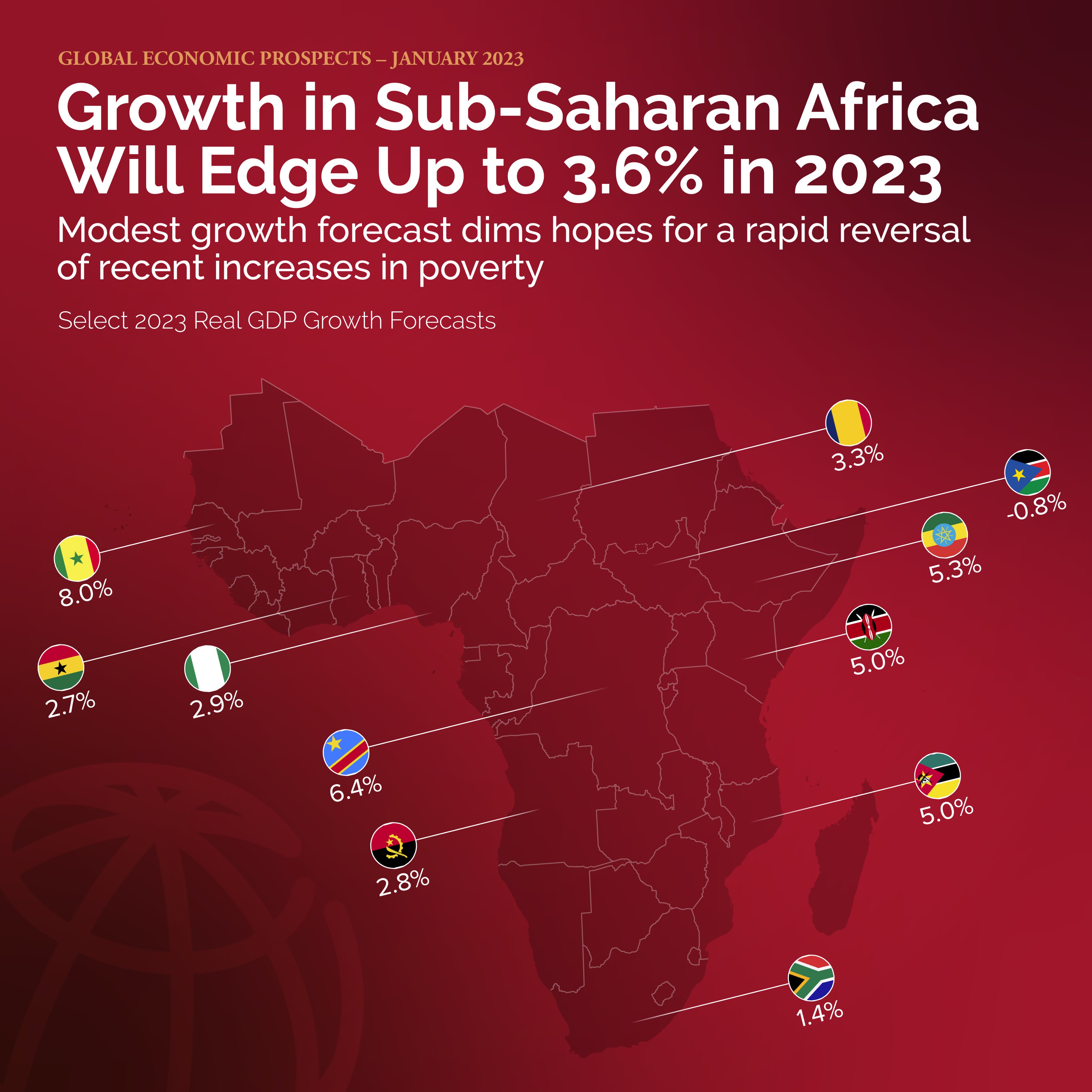 The President added weakness in growth and business investment will compound the already-devastating reversals in education, health, poverty, and infrastructure and the increasing demands from climate change.

By the end of 2024, GDP levels in emerging and developing economies will be roughly 6 per cent below levels expected before the pandemic. Although global inflation is expected to moderate, it will remain above pre-pandemic levels.

Against such a global economic outlook, the World Bank report calls upon the global community to assist small countries by maintaining the flow of official assistance to support climate-change adaptation and help restore debt sustainability.