SURAT: The window glass of the Vande Bharat Express in Gujarat was broken by some unidentified persons, with AIMIM chief Asaduddin Owaisi on board, claimed party leader Waris Pathan on Monday.

Pathan claimed that, the AIMIM chief along with the party’s Gujarat state president Sabir Kabliwala and other party leaders were travelling in the ‘Vande Bharat Express’ from Ahmedabad to Surat when the incident took place with nearly 25 km to go to reach the destination. 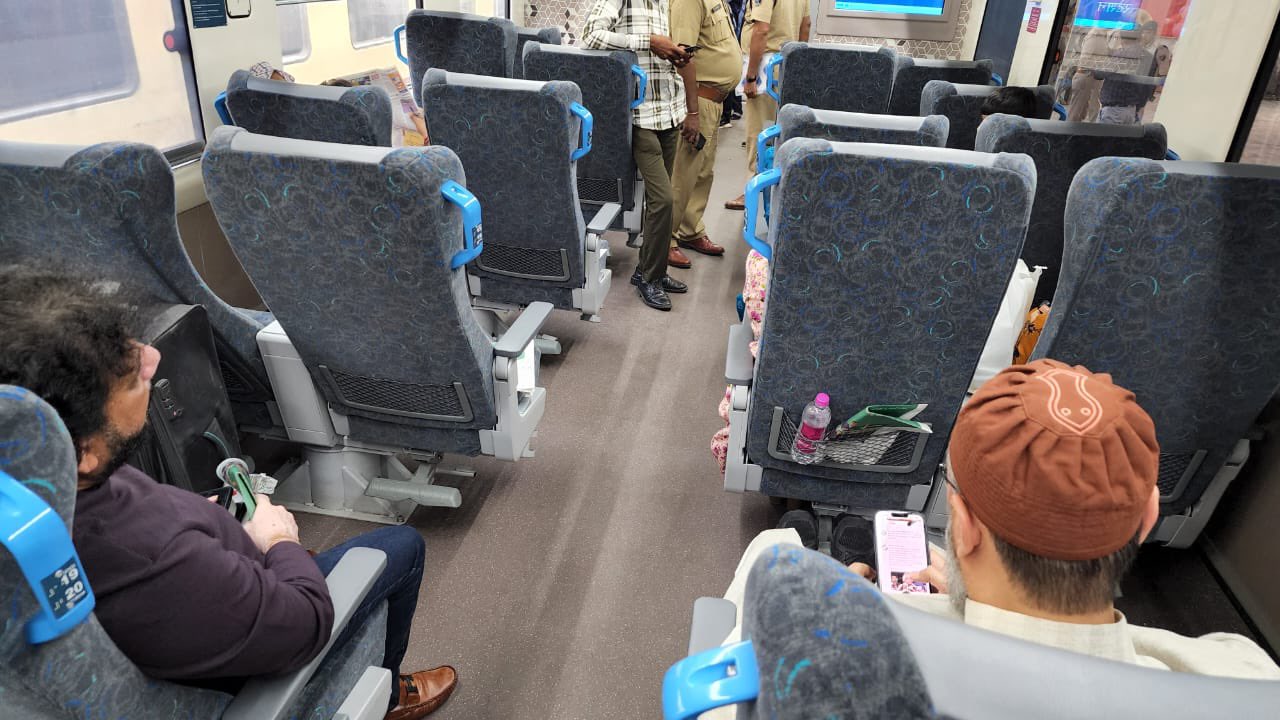 The AIMIM leader shared the pictures of the damaged window glass and tweeted, “This evening when we @asadowaisi, SabirKabliwala sahab and @aimim_national team were traveling in ‘Vande Bharat Express’ train from Ahmedabad to Surat, some unidentified people broke the glass by pelting stones on the train!” 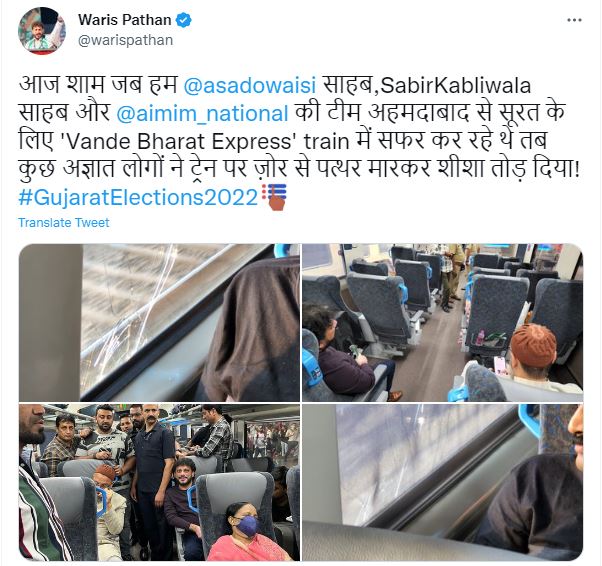 Addressing a public meeting in Gujarat, Pathan could be heard in a video as claiming that two stones were pelted back to back at the coach where Asaduddin Owaisi was sitting.

“We travelled in Vande Bharat Express from Ahmedabad to Surat today. A stone was pelted when we were 20 to 25 km away from the destination, which damaged the window pane. Owaisi was sitting in the coach. Someone pelted two stones back to back. You may pelt stones or rain fires, but our voice for our rights will never stop,” the AIMIM leader claimed.

Prime Minister Narendra Modi had flagged off the Gandhinagar-Mumbai Central Vande Bharat Express train at Gandhinagar on September 30 this year.

Assembly elections are scheduled to be held in the state on December 1 and 5, and the counting of votes will take place on December 8. (ANI)