MUMBAI: Urvashi Rautela, who is currently in Australia, has shared yet another cryptic post on Instagram. The Bollywood actor shared her photo wearing a sari with sindoor and mangalsutra.

As expected, the post has opened floodgates for trolls and memes on social media. Netizens have, in fact, asked the actor to leave cricketer Rishabh Pant alone! 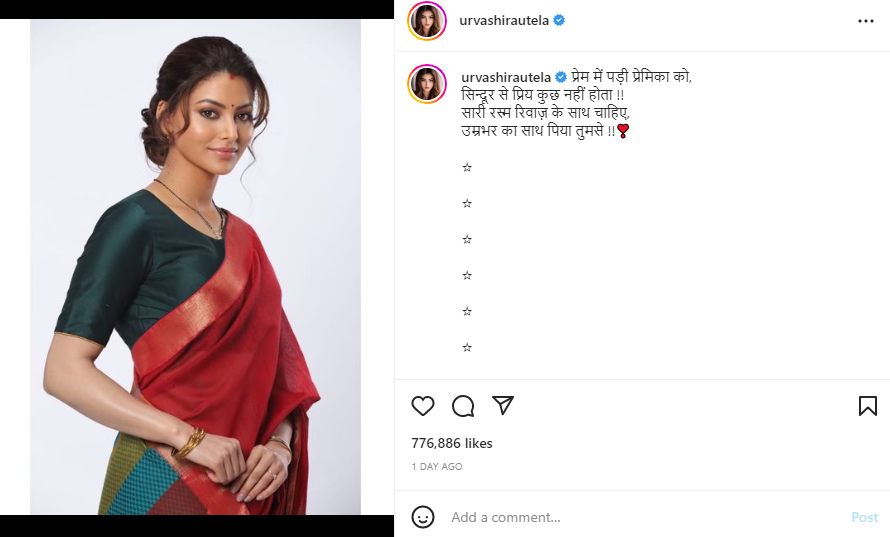 Within some time, Urvashi uploaded yet another photo of herself and wished people Karwa Chauth. “#ElisabettaFranchi May The Moon Light, Flood Your Life With, Happiness & Joy, Peace & Harmony. Happy Karwa Chauth..!! in adv,” she wrote. 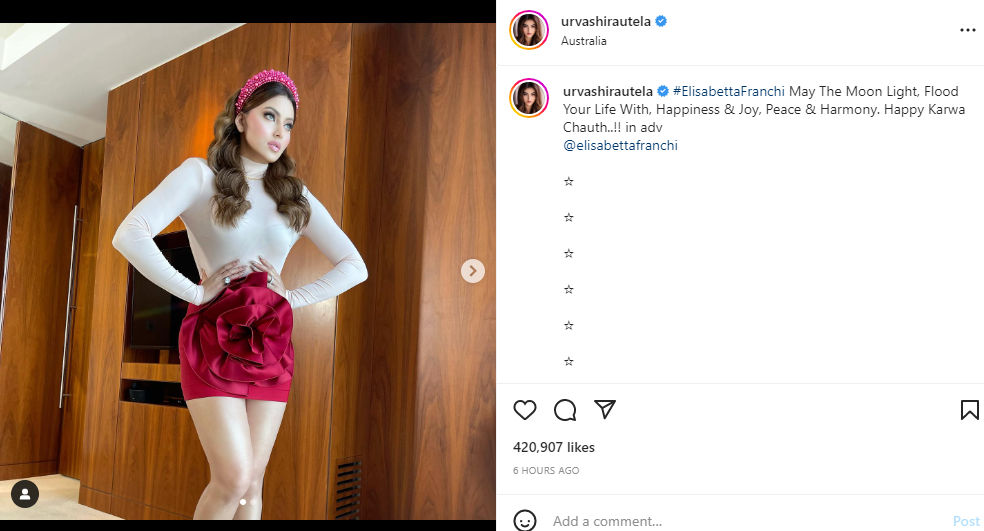 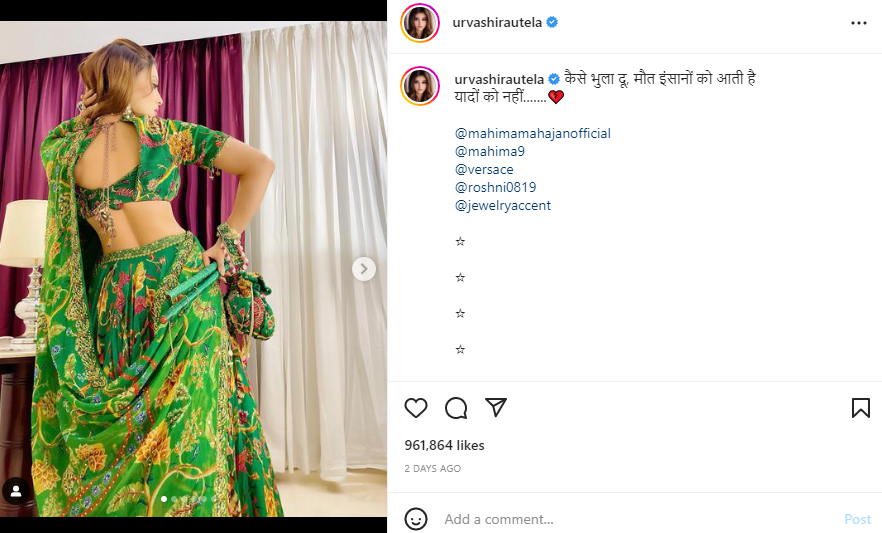 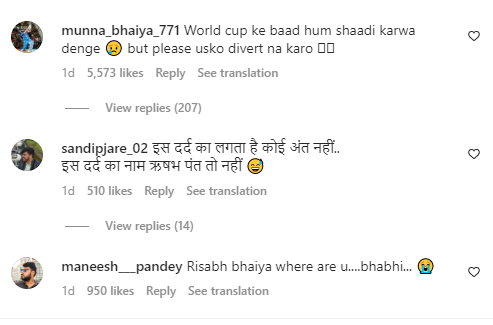 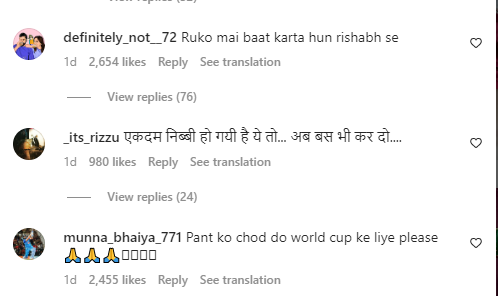 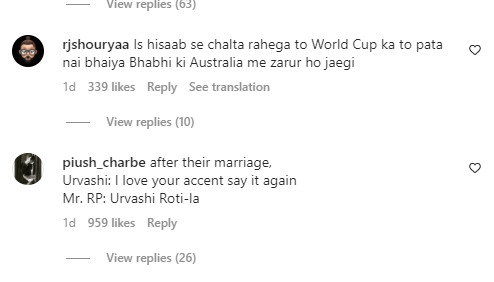 In 2018, rumours started brewing that the two were dating after they were spotted together entering and exiting popular restaurants, parties and events in Mumbai.

Rishabh Pant, in the following year, dismissed rumours and announced his relationship with Isha Negi. The cricketer shared a picture with Isha on Instagram and wrote a message for her, “Just want to make you happy because you are the reason I am so happy.”

In August this year, Urvashi gave an interview to an entertainment portal, the clip of which has now gone viral. In the interview, Urvashi said that a certain “Mr RP” waited for her for almost 10 hours in a hotel lobby to meet her while she was getting some sleep and that she felt bad for having made him wait for so long.

As soon as the clip went viral, fans started linking Rishabh Pant with her again. Netizens started to write saying that the “RP” Urvashi was talking about in the interview was nobody else but Indian cricketer Rishabh Pant.

Rishabh Pant then took to his Instagram story (which he deleted after a few hours) and wrote, “It’s funny how people lie in interviews just for some meagre popularity and for hitting the headlines. Sad how some people are thirsty for fame and name. May God bless them”. He added hashtags — ‘Mera Picha Chhoro Behen’, and ‘Jhuth Ki Bhi Limit Hoti Hai’ at the end of the note.

Then, a few days later, Urvashi apologised to “RP” on camera while speaking to a journalist.

Last week, Urvashi took to Instagram to share a photo of herself sitting in an aircraft. She revealed that she was going to Australia. She captioned the photo, “followed (heart emoji), and it led me to Australia”. 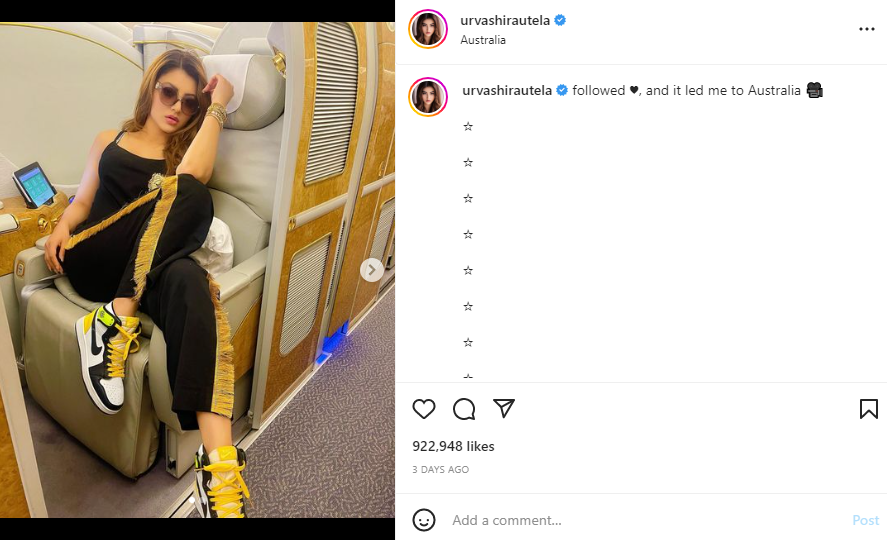 Rishabh Pant is a part of India’s T20 World Cup Squad and flew down to Australia on October 6 along with his teammates. (ANI)