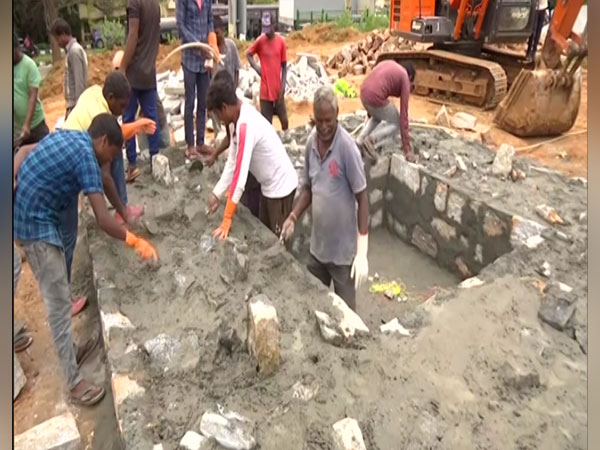 BENGALURU: Students of Bangalore University are on a protest against the construction of the temple within the university campus area. The protesters alleged that the Bruhat Bengaluru Mahanagara Palike (BBMP) is unauthorisedly constructing the temple by encroaching university land and it would affect the academic environment in the university.

Speaking to ANI, the students said, “The authorities are constructing the temple illegally and we do not need the temple in our campus”. The university administration later assured the students that it would consult them before deciding on the matter.

Meanwhile, the construction work of the Ganesha temple is going on with police security. The students are thinking of taking up a legal battle against the authorities.

Congress MLA Priyank Kharge said, “Bangalore University is unitedly saying that they need better infrastructure, a state-of-the-art library for the university and they don’t want any religious activities to happen in the university. In spite of that, the government has taken unilateral decisions without due consultation and processes followed by the board”.

The students are very clear that they do not want to be divided on religious lines and that they are here to study, Kharge added. In the last three years, the BJP government has not done anything. Chief Minister Basavaraj Bommai is admitting that he is completely failed in tackling the issues of Bengaluru. The CM stills blames the Congress for what is happening in Bengaluru”, Priyank Kharge added.

Taking a dig at the BJP, Kharge also added, “We thought that PM Modi will be a game changer but unfortunately, he is becoming the name changer. What has happened in Kartavya’s path? It is just renovation and they have just beautified it. Modi is just trying to retro himself with all these projects”. (ANI)