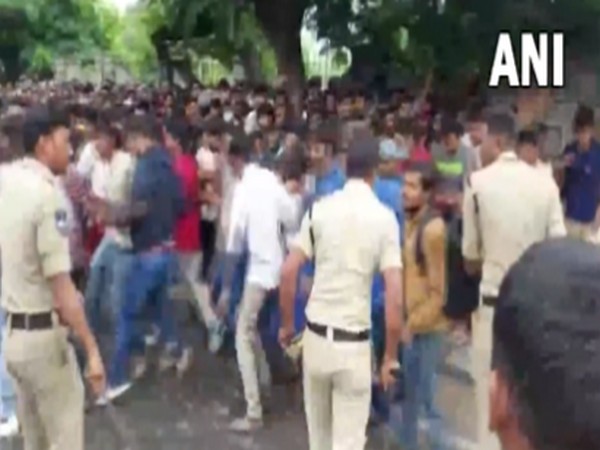 HYDERABAD: Four people were injured after a stampede broke out at Gymkhana grounds after a huge number of cricket fans gathered there to purchase tickets for the third T20I match between India and Australia.

The third T20I stadium between India and Australia will take place in Rajiv Gandhi International Stadium, Hyderabad on September 25.

A huge crowd had come to the Gymkhana grounds to purchase tickets. A massive queue of fans was could be seen waiting to get their hands on the tickets. 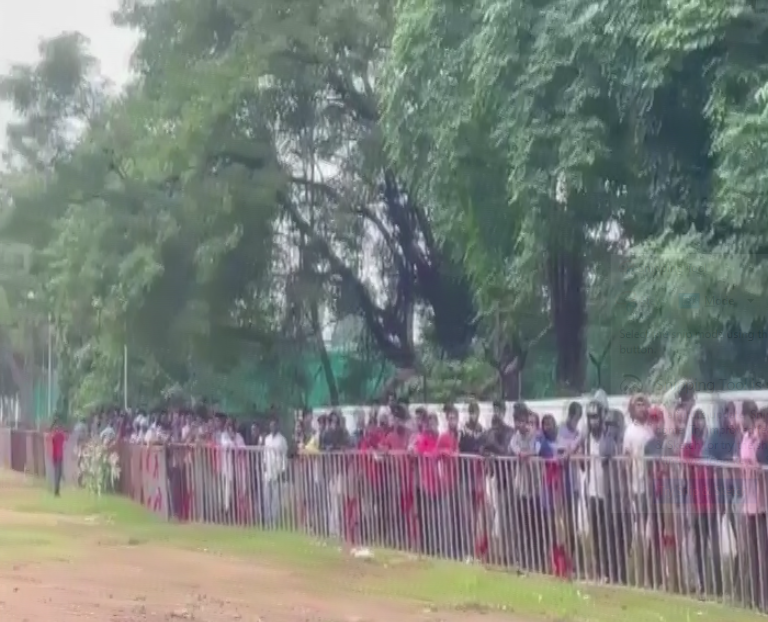 But the situation soon turned out of control and a stampede broke out, with excited fans coming in excessive numbers and causing law and order issues. Police lathi-charged to disperse the massive crowd and restore control.

Coming to the series between these two sides, Australia currently leads it 1-0.

In the first T20I at Mohali, after being put to bat first by Australia, India lost skipper Rohit Sharma (11) and Virat Kohli (2) for cheap scores. This left Men in Blue struggling at 35/2. K L Rahul (55) and Suryakumar Yadav (46) then stabilised the innings with a 68-run stand. Hardik Pandya played a brilliant knock of 71* off just 30 balls with seven fours and five sixes to finish the innings at 208/6.

Pacers Nathan Ellis (3/30) and Josh Hazlewood (2/39) were the most successful Aussie bowlers.

Chasing 209, openers Aaron Finch (22) and Cameron Green stitched a quickfire 39-run stand to get Australia off to a solid start. Green played some really impressive strokes and stitched a 70-run stand with Steve Smith (35). Green was dismissed for an impressive 61 off 30 balls.

Following this, Men in Blue made a comeback to the match, getting the wickets of Smith, Glenn Maxwell (1) and Josh Inglis (17) within a space of just 36 runs.

Aussies win the match by four wickets, finishing the innings at 211/6. Cameron Green was adjudged as ‘Man of the Match’ for his 61 and 1/46.