NEW DELHI: Outgoing Congress president Sonia Gandhi and party’s general secretary Priyanka Gandhi Vadra on Wednesday reached the residence of Mallikarjun Kharge and congratulated him on being elected as the new party president. 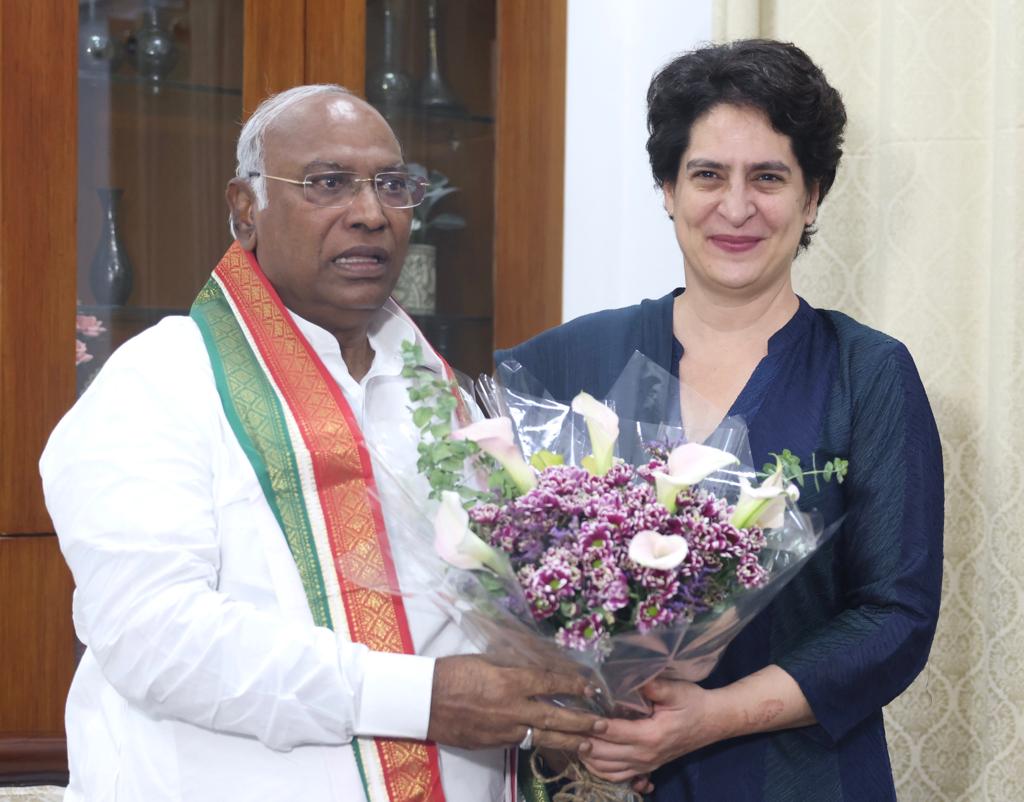 They also met Kharge’s wife Radhabai Kharge on the occasion. 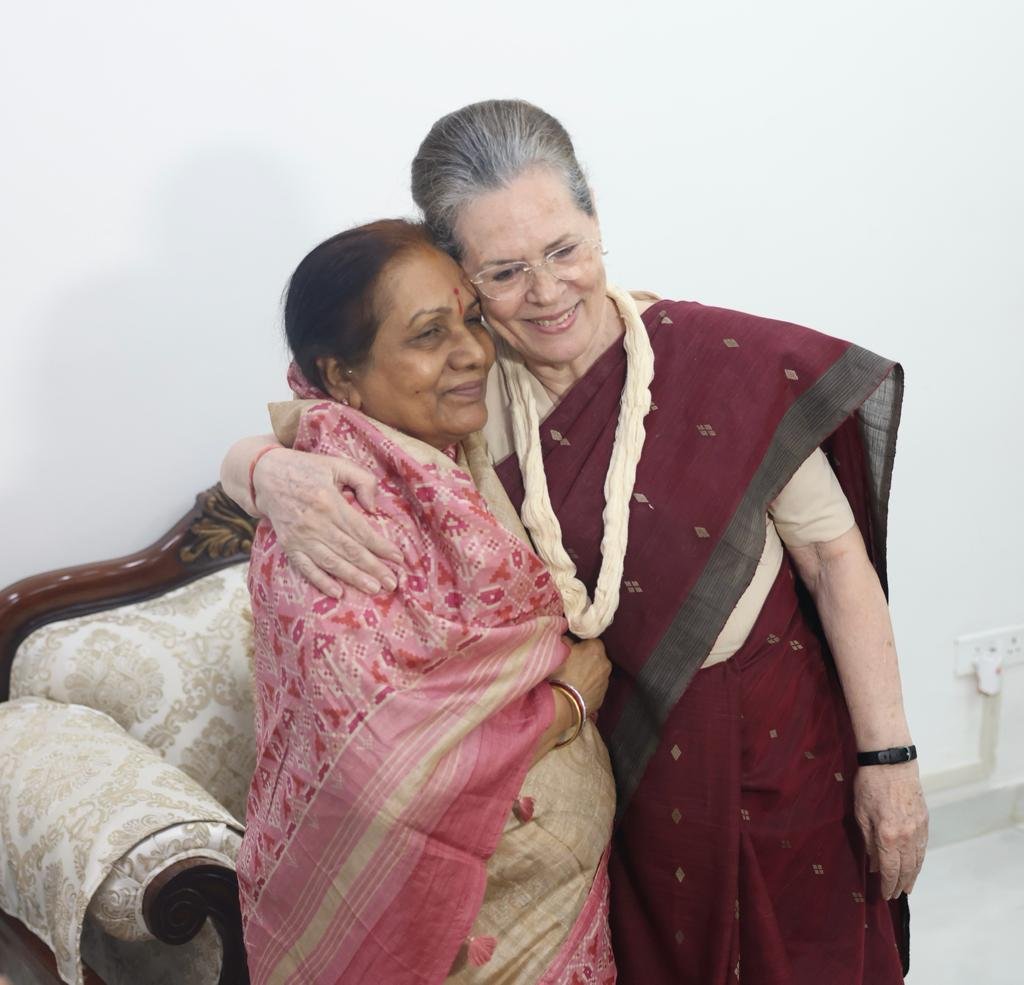 Rahul Gandhi, who is undertaking the Bharat Jodo Yatra, currently in the Andhra Pradesh leg of the 3,500 km-long march, also extended wishes to Kharge and said that the post he has been elected for “represents a democratic vision of India”.

Taking to Twitter, Gandhi said that Kharge’s vast experience (which goes beyond 50 years in politics) will serve the party well. “Congratulations to Mallikarjun Kharge ji on being elected as the President of @INCIndia. The Congress president represents a democratic vision of India. His vast experience and ideological commitment will serve the party well as he takes on this historic responsibility,” Gandhi tweeted. 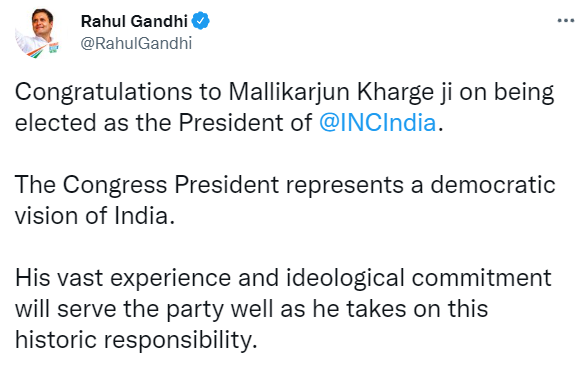 Earlier on Wednesday, chairman of the party’s Central Election Committee (CEC), Madhusudan Mistry, declared Mallikarjun Kharge as the elected president of the party.

“The total counted votes were 9,385, of which Mallikarjun Kharge received 7,897 votes and Shashi Tharoor received 1,072 votes. In all, 416 were invalid votes. As per Article 18 (D) of the constitution of the Indian National Congress, I hereby declare Mallikarjun Kharge as the elected president,” said Mistry.

Kharge’s opponent Tharoor conceded defeat and went to the New Delhi residence of the Congress president-elect to congratulate him on his victory. Tharoor said he believed “the revival of the party begins today”. “It is a great honour and a huge responsibility to be President of the INC and I wish Kharge ji all success in the task,” the MP from Thiruvananthapuram tweeted.

Before the results were announced, party leader Rahul Gandhi, during a press conference, apparently jumped the gun and referred to Kharge as the party president. “I can’t comment on the Congress president’s role, that’s for Mr Kharge (party’s presidential candidate) to comment on. The president will decide what my role is…and where I will be deployed. Ask Kharge ji, Sonia ji,” said the Congress MP.

Meanwhile, other party leaders congratulated Kharge on his victory. Jairam Ramesh said that Kharge’s victory is a triumph for the forces who place ideological commitment over personal glory.

“Mallikarjun Kharge has completed 50 years in electoral politics. He has distinguished himself as a legislator and Minister in the state and at the Centre. He is a shining symbol of social empowerment inspired by Nehru, Ambedkar, Indira Gandhi and Devaraj Urs,” Ramesh said in a tweet. (ANI)