RAJSAMAND (Rajasthan): Reliance Jio 5G is here. As announced two months back, the telecom operator on Saturday has finally launched the new-age high-speed services in the country.

Reliance Jio chairman Akash Ambani has launched the services in Rajasthan from the famous Shrinathji temple in Rajsamand. This year, it aims to launch 5G services in major cities such as Delhi, Mumbai, Kolkata and Chennai.

The telecom operator intends to expand its 5G network to each and every town, tehsil and taluk across the country by December 2023, Reliance Industries chairman Mukesh Ambani said on August 29 while announcing the 5G launch in India.

Earlier this year, Mukesh Ambani resigned from the board of Reliance Jio, thereby handing over reigns to his elder son Akash Ambani. 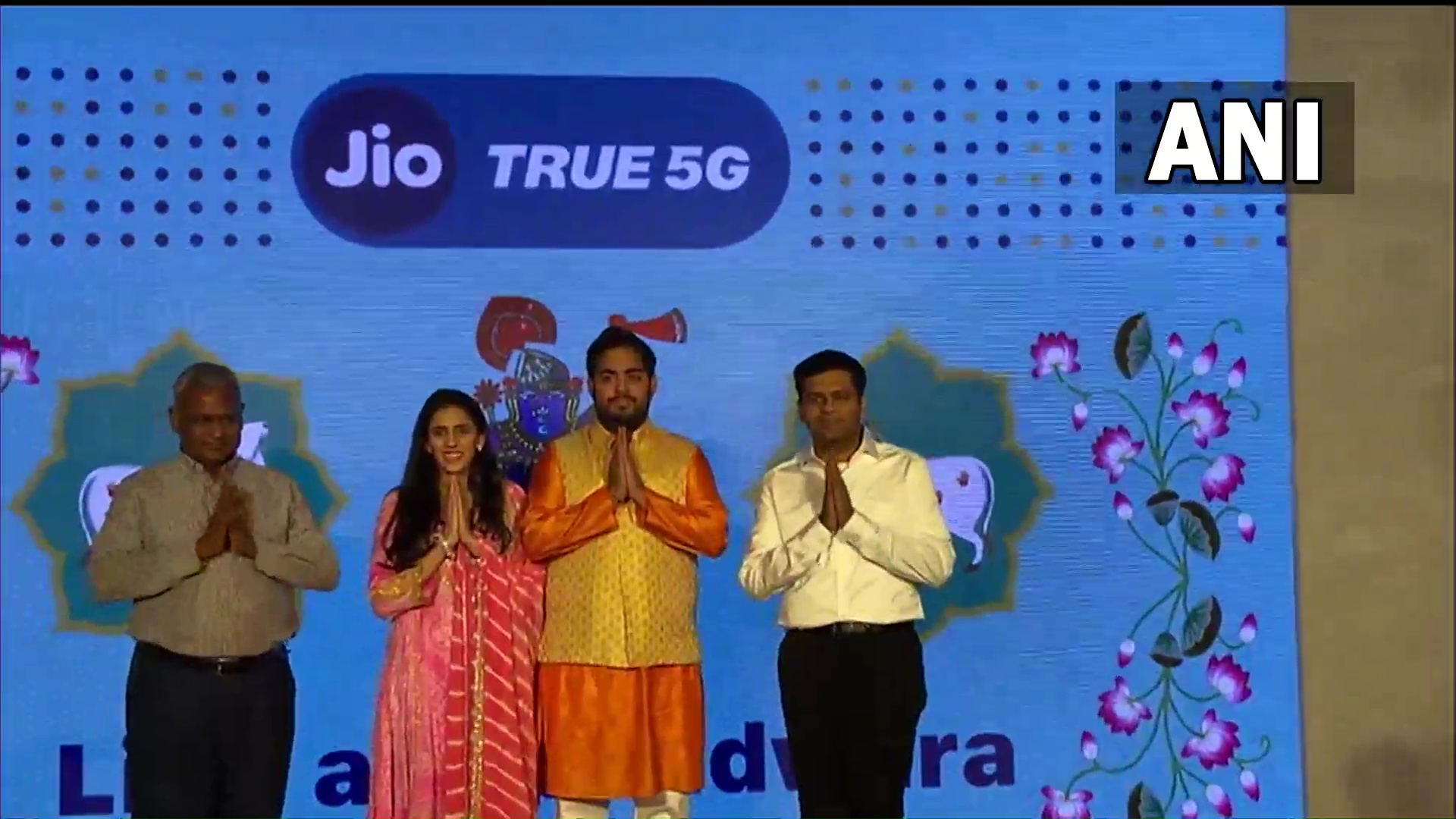 Meanwhile, Jio will deploy the latest version of 5G called standalone 5G. It is estimated to invest Rs 2 lakh crore in 5G infrastructure.

Launched six years ago, Jio has created multiple world records during its rollout of the largest 4G network in the shortest period of time. Jio’s 4G network provides the highest quality, most affordable digital services to over 400 million loyal and delighted customers. Jio is expected to now raise the bar even further with its 5G services.

Reliance Jio Infocomm has acquired spectrum in 700MHz, 800MHz, 1800MHz, 3300MHz and 26GHz bands in the recently-concluded 5G auctions conducted by the Department of Telecommunications, where the government received around Rs 1.5 lakh worth of bids. Reliance Jio, Adani group, Bharti Airtel and Vodafone Idea were the four major participants in the spectrum auction.

Following the spectrum auction, the government issued spectrum allocation letters to telecom service providers in mid-August while asking them to prepare for the rollout of 5G services.

The Department of Telecom and the Ministry of Information Technology have been pushing the mobile phone makers and telecom operators for the updation of 5G-related software in the devices and putting in place the requisite infrastructure for faster rollout of the new-age telecom services.