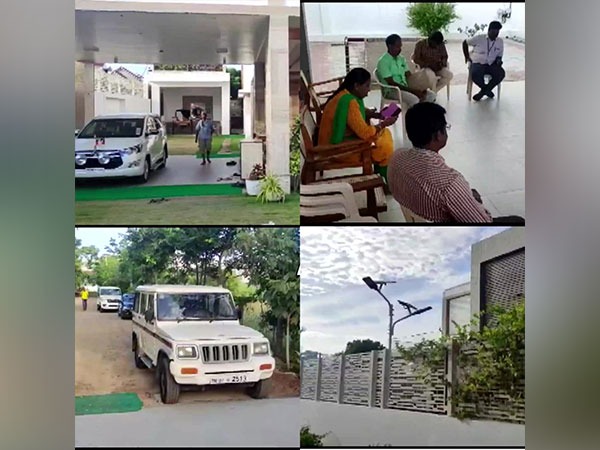 CHENNAI: The Directorate of Vigilance and Anti Corruption (DVAC) has carried out searches at the premises of former All India Anna Dravida Munnetra Kazhagam (AIADMK) minister K P P Baskar and his family members for possession of disproportionate assets.

Baskar is said to be a close aide of Edappadi K Palaniswami, the incumbent leader of Opposition in the Tamil Nadu Legislative Assembly and the Interim General Secretary of the AIADMK.

The First Information Report copy filed in Namakkal, accessed by ANI, said there was vigilance information that accused Baskar, during his tenure as MLA of Namakkal Legislative Assembly Constituency from 2011 to 2021, acquired and was in possession of movable and immovable properties in his name and in the name of his wife B Uma which are disproportionate to his known sources of income.

Searches were carried out in 26 locations. Of the 26 locations, 24 were in Namakkal and one each in Madurai and Tiruppur. It’s alleged by the agency that his assets were disproportionate to that of his income by Rs 4.72 crore. The percentage of disproportionate assets is found to be 315 per cent.

Baskar had accumulated more assets by intentionally enriching himself illicitly during the period from 2016 to 2021 in his name and in the name of his family members, the FIR copy said. “The discreet collection of bank accounts details and registration documents revealed the possession of the following quantum of movable and immovable properties by the accused,” it further read.

The agency in July conducted raids at 49 premises linked to former AIADMK minister Kamaraj across Tamil Nadu and detected disproportionate assets worth Rs 58 crore related to him. Raids were conducted in Chennai, Coimbatore, Thanjavur, Tiruvarur and Tiruchirappalli. The DVAC had registered a case against the former minister, his son and three others on charges of accumulating wealth disproportionately.

In March this year, raids were carried out at the residence of former AIADMK minister S P Velumani in Kuniyamuthur, Coimbatore, on allegations of corruption. (ANI)