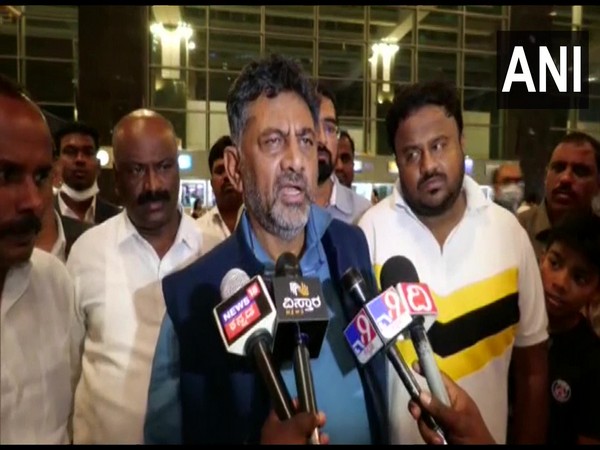 BENGALURU: In a veiled attack on the Bharatiya Janata Party (BJP), Karnataka Congress chief D K Shivakumar on Friday said that politics is done in the field, not in the office of an investigative agency, after the Enforcement Directorate summoned him.

Earlier on Friday, Shivakumar reached the ED office for questioning in connection with a probe related to his financial contribution to Young India Pvt Ltd.The ED sent summons to Shivakumar on September 23, asking him and his brother D K Suresh to be present physically in the agency’s Delhi office on October 7 for questioning.

The brothers had requested the agency to postpone the date, citing the Bharat Jodo Yatra. However, he had to “leave the Bharat Jodo yatra in the middle” to reach the ED office after it declined his request of extending the date of his appearance before the agency.

“Politics should be done in the field, not in the office of an investigative agency. Even though I am the Karnataka president of Congress, I was unable to participate in the Bharat Jodo yatra on Friday. What was the need to make this inquiry today? I asked for time, but wasn’t allowed,” Shivakumar told the mediapersons in Bengaluru.

“I told them, money was given to organisations that our leaders started during the time of Jawaharlal Nehru and Gandhi,” he added. Shivakumar after appearing before the ED on Friday said that he gave all the details that were asked of him.

The ED had filed a chargesheet against Shivakumar and others in a money laundering case in May. The Enforcement Directorate registered the money laundering case based on a complaint filed by the Income Tax (IT) department. The I-T department, during the initial probe, had allegedly found unaccounted and misreported wealth linked to the Congress leader.

Earlier, Shivakumar had slammed the ED and termed the summons as political harassment, calling the charges “baseless” and “politically motivated”. Meanwhile, Congress has called the ED summons to Shivakumar in the midst of the Bharat Jodo Yatra as an attempt to derail the march as BJP is anxious about the overwhelming response from people to the Yatra. (ANI)