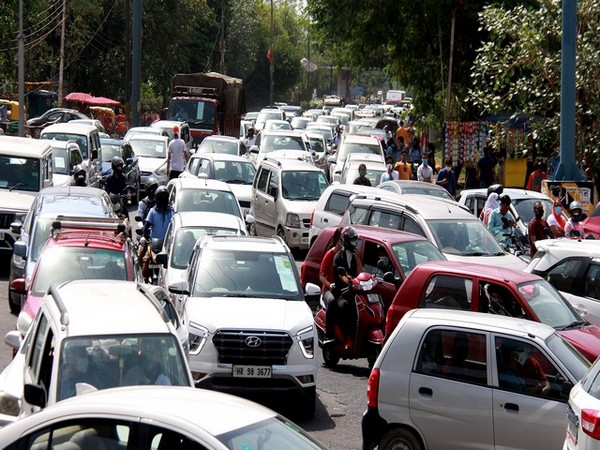 NEW DELHI: Buying a dream car on Dhanteras seems further away for customers as dealers have stopped immediate or instant bookings for the auspicious day due to high demand. More than four lakh people have booked their favourite cars to bring home on Dhanteras day which falls on October 23, according to industry sources.

Ajay Agarwal, the owner of a showroom of Tata Motors and Renault India told ANI, that sales volumes had been doubling year on year. “Navaratri has been very excellent for us and we hope that Dhanteras will be much better.” Agarwal said that due to demand, the waiting period of best-sellers cars is increasing in showrooms now and there was no immediate or instant booking for the Dhanteras.

Agarwal said that from Navaratri till Dhanteras, they had a gap of 25 days to work for and they were hoping that this willbe highest-ever volume for them in Dhanteras. He said, “North India market is largely driven by festivals and marriages and luckily in October, November and December, we are heading towards festivals like Diwali, Durga Puja which is one of the biggest festivals in North India and after that we have very strong marriage dates in November.” He added, “So, demand is very strong. Customers have been waiting for this period to take the delivery of their car. They had booked for the past 2-3 months.”

Agarwal said that due to the demand for Tata’s Nexon, waiting periods had increased, and added that some models, due to better availability of the supply chain, issues were getting resolved. “Like CNG, the waiting period is less, but almost all models are on waiting, some are less, some are more. Lower variants of Renault are more on waiting and higher models are less on waiting,” he said.

Customers who are going to book or have queried about their favourite cars are clearly told by sales persons of showrooms about the waiting period.

Singhania said that Navaratri retails clearly showed that customers were back in showrooms with all guns blazing after a gap of three years. In fact, the 2W category, which was continuously showing weakness when compared to pre-Covid months, also registered single-digit growth.

Singhania said, “We now hope that this trend continues till Deepawali so that apart from PV dealers, which will see a decade-high during this festive, the 2W dealers also have a good season and hence helps them liquidate their stock which they have built in anticipation of a good festive period.

The festive period of Navaratri-Dussehra and Dhanteras-Diwali this year has delivered the worst performance for India’s automakers in almost a decade. The main festive season from Navaratri to Diwali is the peak period of activity in the personal mobility segment. But demand remained slow this time, particularly in North India, where Diwali has historically been a sentiment booster.

Vehicle registrations during the 30-day period declined by steep double digits compared with the same festive period last year. The rise in this number is surely because of the various material shortages, global supply disruptions, and new launches too. (ANI)