According to New York Times, their divorce followed months of media speculations regarding Brady’s protracted playing career and its impact on their relationship.

Brady posted the announcement on social media on Friday and wrote, “We arrived at this decision amicably and with gratitude for the time we spent together.”

He added, “We arrived at this decision to end our marriage after much consideration. Doing so is, of course, painful and difficult, like it is for many people who go through the same thing every day around the world. However, we wish only the best for each other as we pursue whatever new chapters in our lives that are yet to be written.” 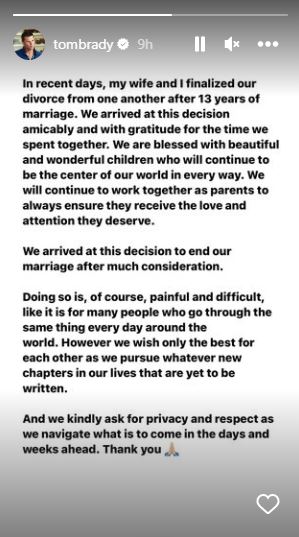 Gisele also took to Instagram to share the news. She wrote, “The decision to end a marriage is never easy but we have grown apart and while it is, of course, difficult to go through something like this, I feel blessed for the time we had together and only wish the best for Tom always.” 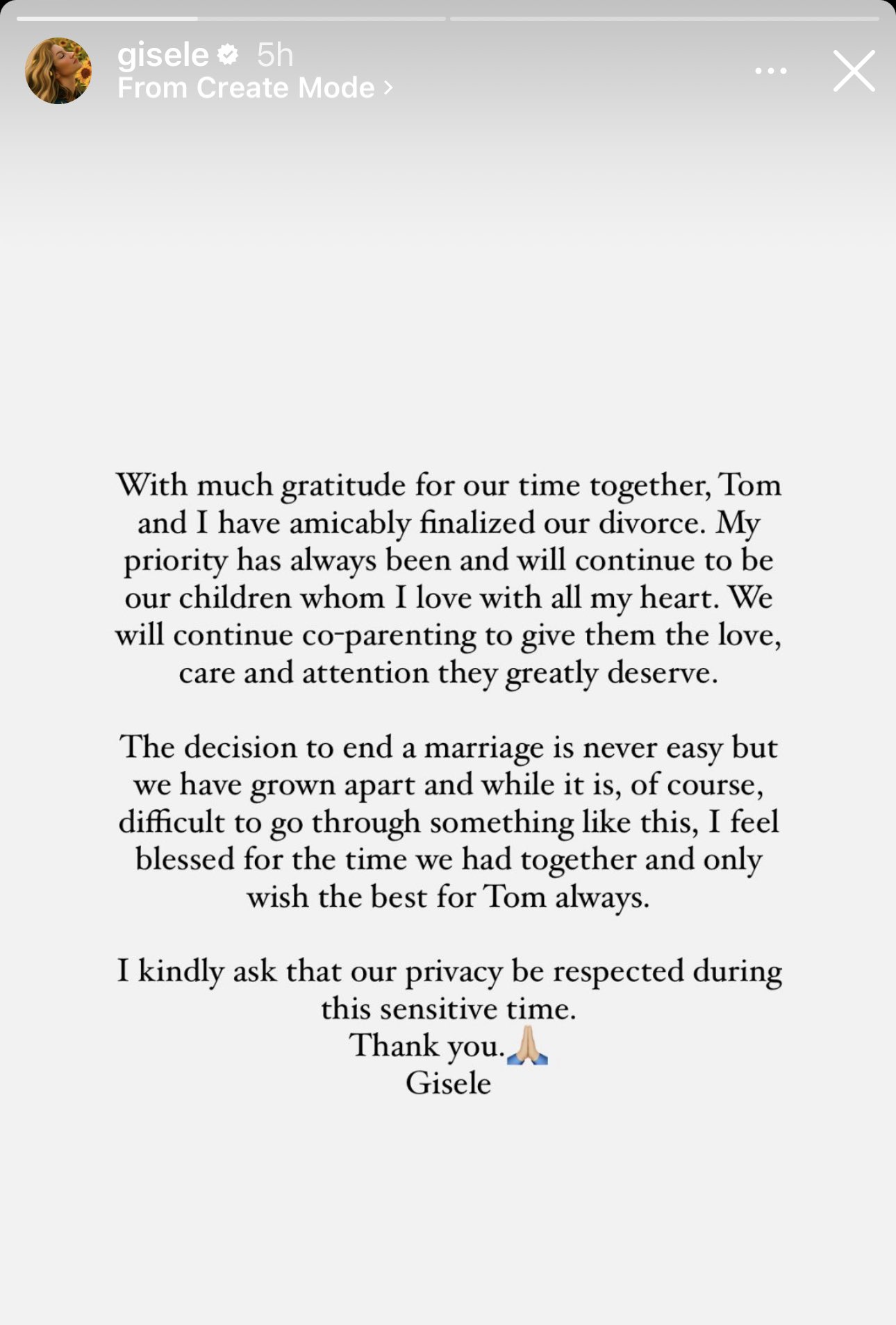 Brady has been a professional football player for more than 20 years. According to New York Times, his team ‘Tampa Bay Buccaneers’ struggled at the start of this season in part because of Brady’s deteriorating skills. Brady saw his first three-game losing streak since 2002 on Thursday night when the Buccaneers fell to the Baltimore Ravens, dropping to 3-5.

Gisele Bundchen had earlier made it clear that she wanted him to retire so they can spend more time together as a family. Following the 2019 season, Brady announced his retirement. However, he later changed his mind and decided to rejoin the Buccaneers, the team he led to a Super Bowl in the 2020 season, as per New York Times.

Bundchen filed for divorce on Friday in Glades County, Florida. According to court documents, Bundchen and Brady settled their divorce earlier this week and came up with a parenting plan. The terms of the agreement were submitted in confidence to the court.

New York Times further reports that both Brady and Bundchen also finished the four-hour parent education and family stabilisation classes earlier this week, which are necessary in Florida when a divorcing couple has young children. Brady and Bundchen are parents of a 12-year-old son named Benjamin and a nine-year-old girl named Vivian. Brady also has a 15-year-old son named Jack from his previous relationship with actress Bridget Moynahan. (ANI)