MUMBAI:Fans love to lay their eyes on their favorite filmstars time and again on the silver screen and television. However, an overdose of the same films every week on television could be a killjoy and might even drive fans to the proverbial edge.

On Wednesday, a letter went viral in which a viewer asked a private television channel to stop the airing of Amitabh Bachchan-starrer family drama ‘Sooryavansham’ (1999), which is screened almost every Sunday.

While diehard Amitabh Bachchan fans might not be amused over the letter, the sender did not hold back when it came to expressing his views clearly and unambiguously in Hindi. 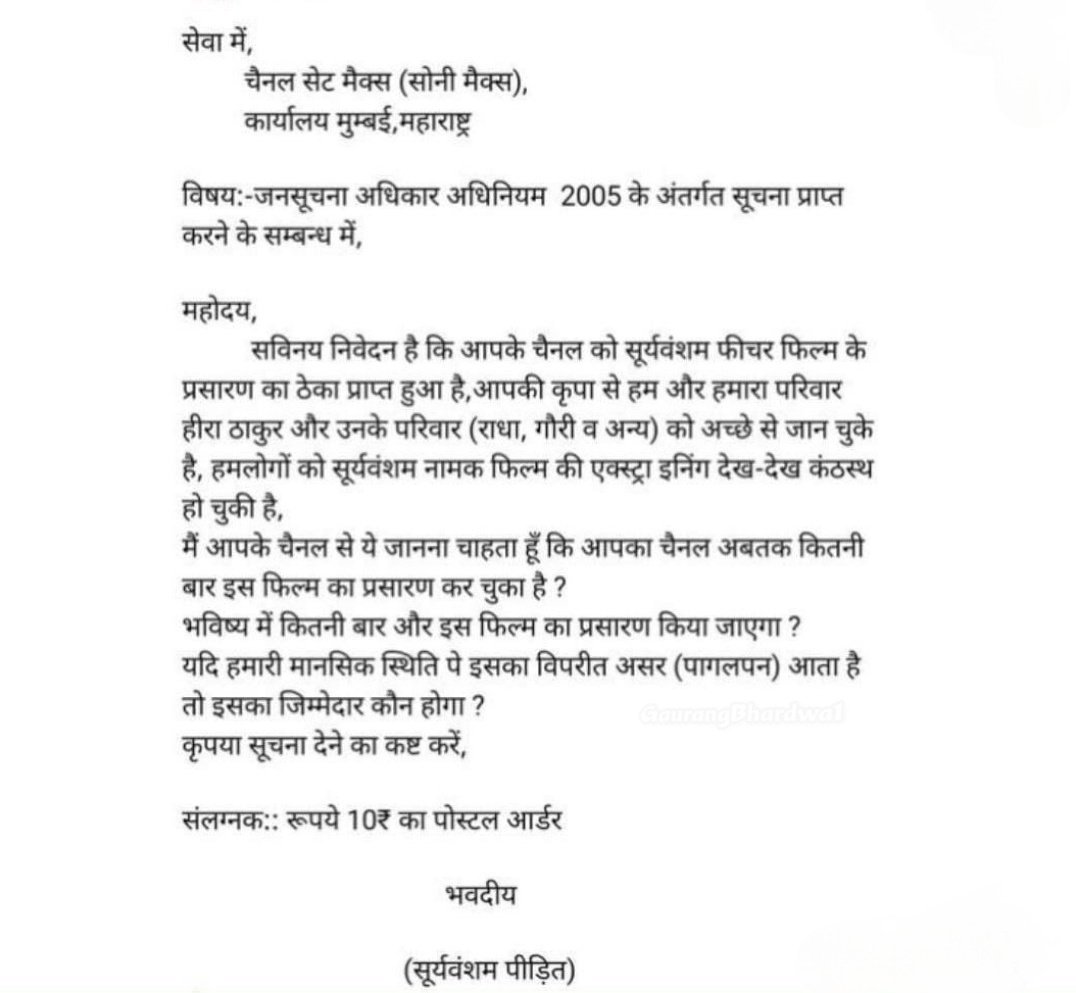 The letter read, “Courtesy of your channel, me and my family now know Heera Thakur (characted played by the Big B in the film) and his family (Radha, Gauri) like we know our own kin. We can recite all the dialogues by heart. I want ask how many more times will you (the channel) air this film? How many times have they planned to screen this movie again? Who will bear responsibility if such repeated screenings of the same movie affects my mental peace and sanity? I humbly request you to redress my grievance on priority.”

The sender did not disclose any personal details and simply called himself ‘Sooryavansham-pirit’ (tormented by Sooryavansham).

The letter was posted to the Mumbai office of the private channel with a query, which the sender said he hoped to receuve a reply to under the Right to Information Act, 2005.

“Do you have the same question?” wrote a netizen.

Another one quipped, “Don’t waste gajar ka halwa on them who deserve Sooryavansham wali kheer.”

Another Twitterati wrote,” I’ve never seen anything more on repeat than Sooryavansham .”

I've never seen anything more on repeat than Sooryavansham on SET MAX.