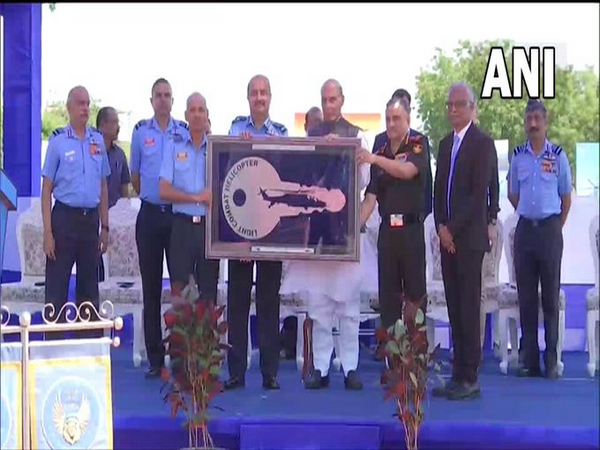 JODHPUR: The first batch of indigenously-developed Light Combat Helicopter (LCH), named “Prachand”, was inducted into the Indian Air Force in the presence of Defence Minister Rajnath Singh on Monday.

While speaking on the occasion, Singh said that the LCH will enhance our capability and will boost defence production and it proves India’s commitment towards self-reliance in defence production. “There could not have been a better timing for LCH induction than Navaratri and in the land of warriors, Rajasthan,” Singh said, adding that the LCH is a result of research and development for two decades. 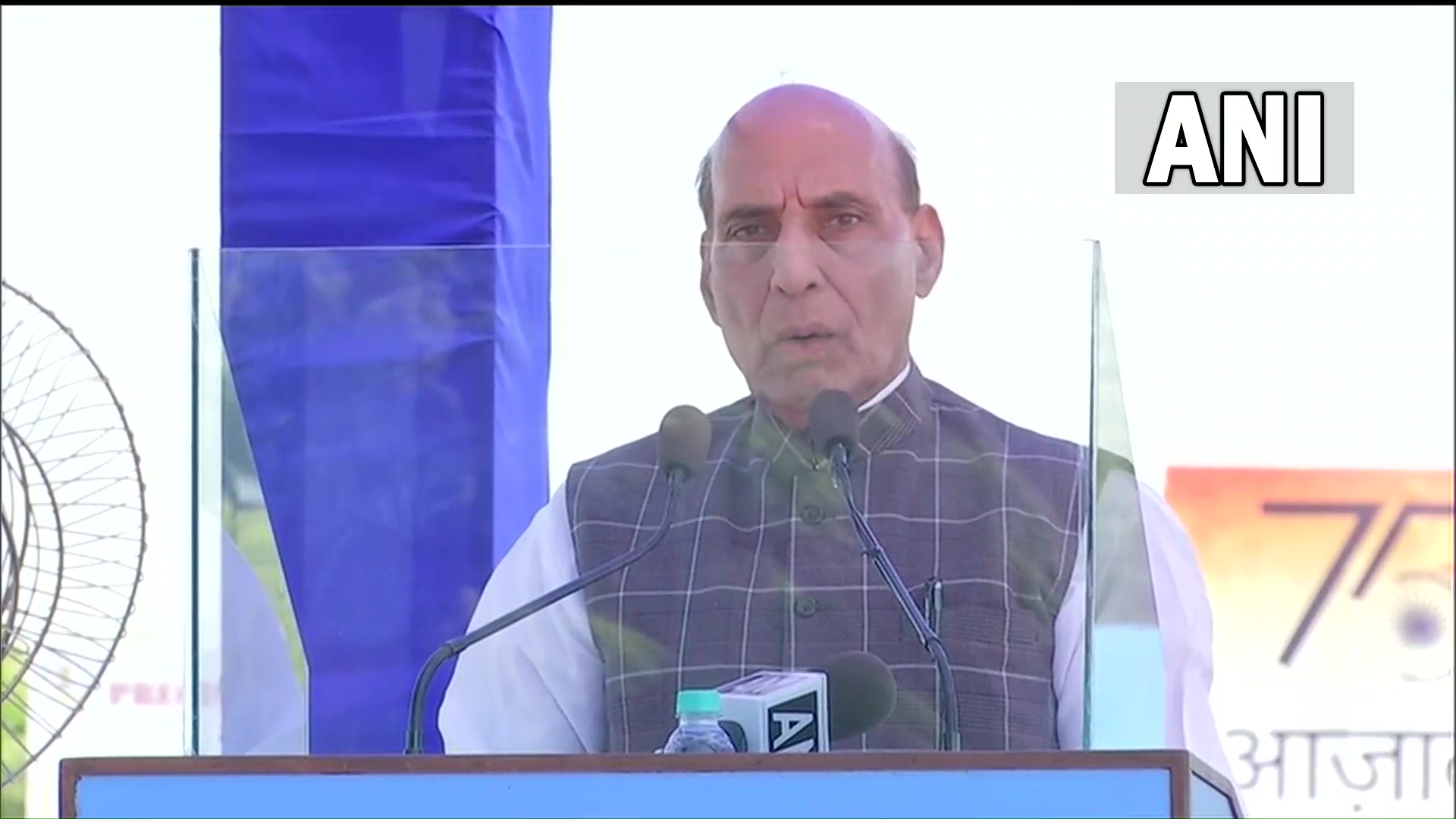 “For a long time, there was a need for attack helicopters and during the 1999 Kargil war, its need was felt seriously. The LCH is a result of research and development for two decades and its induction into the IAF is an important milestone in defence production,” Singh further said.

The new chopper getting inducted into the force is capable of aerial combat and will help the force combat slow-moving aircraft, drones and armoured columns during conflicts. Rajnath Singh was also present in the Cabinet Committee on Security which cleared the purchase of 15 of these LCHs for the air force and the army. 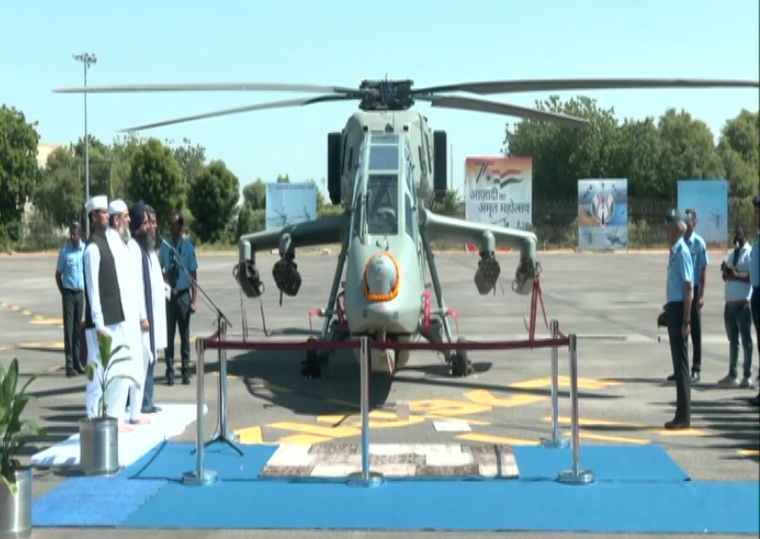 Hailing the service of the Indian Air Force, Singh said that IAF has played an important role in the nation’s security whether it was internal threats or external war.

Giving reference to the Ukraine-Russia war, Rajnath said, “The conflict or earlier conflicts teach us that heavy weapon systems and platforms, which are unable to move rapidly across the battlefield, have a low capability, and become easy targets for the enemy.”

He considered the defence of the nation as the top priority and said that the government is fully committed to it.
“I can say with full confidence that in the coming time, India will be first whenever there is talk of superpowers including military power in the world,” he said.

“For the nation’s security, it is the job of the government to ensure armed forces are equipped with the best equipment and platforms. Irrespective of the geopolitical scenario, it is their job to keep National security on alert. Against the backdrop of certain events in the past, the government has focused on indigenisation in defence production and preparedness. They are getting positive responses from services, research and development, start-ups, and public and private sector industries. All are coming together to give a new height to defence production,” Singh further said.

“Time requires to shift towards such equipment and platforms that could are easy to move, more flexible and also more lethal. I like to appreciate HAL engineers for putting all these features in LCH. And don’t get confused with the ‘Light’ word associated with it but the task it will deliver is ‘heavy’,” he said.

The light combat helicopter is a dedicated combat helicopter designed and developed indigenously in India. It has been manufactured by Hindustan Aeronautics Limited (HAL). Of the 15 limited series production helicopters approved, 10 are for the IAF and five for the army. It can land and take off from an altitude of 5,000 metres with weapons and fuel, the officials said.

The choppers have been flown extensively in Ladakh and the desert sector to meet the requirements of the armed forces. The IAF has inducted multiple helicopters to its fleet in the last three-four years with the induction of the Chinooks, Apache attack helicopters and now the LCHs.

The CCS met under the Chairmanship of Prime Minister Narendra Modi on March 30, 2022, in New Delhi. The CCS has approved the procurement of 15 Light Combat Helicopter (LCH) Limited Series Production at the cost of Rs 3,887 crore along with Infrastructure sanctions worth Rs 377 crore.

Light Combat Helicopter Limited Series Production (LSP) is an indigenously designed, developed and manufactured state-of-the-art modern combat helicopter containing approximately 45 per cent indigenous content by value which will progressively increase to more than 55 per cent for the SP Version.