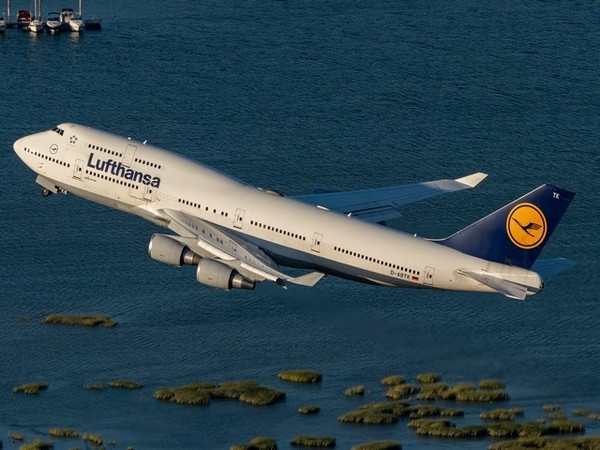 BERLIN: Germany’s flag carrier Lufthansa Airlines Group has agreed to pay increased salary to its pilots at Lufthansa and Lufthansa Cargo after the frequent strikes from the pilots over a 5.5 per cent pay rise this year.

“Lufthansa and the German pilots’ union Vereinigung Cockpit union have agreed on a pay increase for pilots at Lufthansa and Lufthansa Cargo. The cockpit crews will receive an increase in their basic monthly pay of 490 euros each in two stages – with retroactive effect from 1 August 2022, and as of 1 April 2023,” a press release from Lufthansa Group stated.

The agreement includes a comprehensive peace obligation until June 30, 2023, and strikes are excluded during this period. So now there is one segment of employees who won’t give till next June more strike calls that disrupt flights. This gives customers and employees planning security, it added.

Chief Human Resources Officer and Labor Director of the Deutsche Lufthansa Airlines Group, Michael Niggemann said, “We are pleased to have reached this agreement with Vereinigung Cockpit. The increase in basic salary with uniform base amounts leads to the desired higher proportional increase in entry-level salaries.”

“We now want to use the next few months in a trusting dialogue with Vereinigung Cockpit to find and implement sustainable solutions. The common goal is to continue to offer our pilots attractive and secure jobs with prospects for further development going forward,” Niggemann added.

The agreement benefits entry-level salaries in particular. An entry-level co-pilot will receive around 20 per cent additional basic pay, while a captain in the final grade will receive 5.5 per cent, Lufthansa Airlines Group further stated.

For instance, a Lufthansa pilots’ strike on September 2 had led to almost 800 flights being cancelled, affecting nearly 1.3 lakh passengers. Delhi Airport had witnessed protests from about 700 passengers – almost all Canada-bound students – who were to fly to Frankfurt and Munich that night. While they protested inside the terminal, their relatives and friends blocked the entrance at T3.

Stranded passengers and their relatives registered strong protests on the intervening night of Friday at Delhi airport. The police had to intervene that night to restore traffic flow at the terminal. Another strike call was given for September 7 and 8, luckily that was withdrawn.

The pilots’ union Vereinigung Cockpit (VC) had confirmed that Lufthansa pilots would stage an all-day strike both for flights by the core passenger business and its cargo subsidiary, demanding a 5.5 per cent pay rise this year for its more than 5,000 pilots, as well as automatic inflation adjustments for 2023.

During the coronavirus crisis, Lufthansa terminated the agreement and started to set up a new airline with lower pay scale conditions, bypassing the collective deal.

Lufthansa Group said that both collective bargaining partners will continue their constructive exchange on various topics during this time. Lufthansa and Vereinigung Cockpit have agreed to maintain confidentiality regarding additional topics and the talks.

The agreement is still subject to detailed formulation and approval by the responsible bodies, Lufthansa Group said. (ANI)