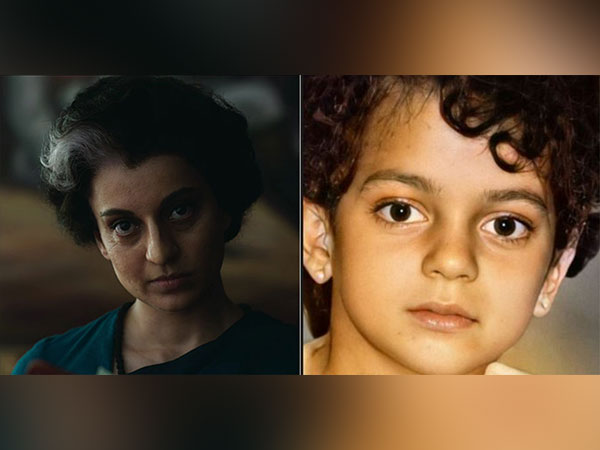 Taking to her Instagram stories, Kangana treated fans with new pictures. In the picture, the ‘Queen’ actor was seen wearing a school dress but the spotlight was on her short curly hair. 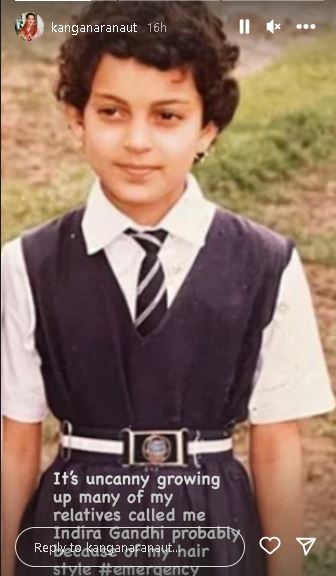 Sharing the first picture, she wrote, “It’s uncanny growing up many of my relatives called me Indira Gandhi probably because of my hair style #emergency”. 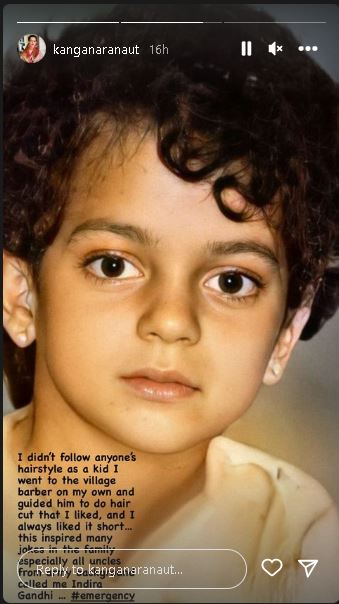 She shared another picture and wrote, “I didn’t follow anyone’s hairstyle as a kid I went to the village barber on my own and guided him to do hair cut that I liked it short… this inspired many jokes in the family especially all uncles from army background called me Indira Gandhi… #emergency.”

On Sunday, the ‘Dhaakad’ actor shared a video on her Instagram and gave an update about the film’s wrap.
‘Emergency’ marks Kangana Ranaut’s first solo directorial project. It revolves around the life of Indira Gandhi and features Kangana in the titular role of the late leader.

Talking about donning the directorial hat for the second time, Kangana said, “My last directorial was ‘Manikarnika: The Queen of Jhansi’ and I got an encouraging response from the audience as it was a blockbuster. I was tempted to direct another film, but I had many acting assignments to complete. I do believe that I know the pulse of the audience from my interviews, my quotes and the terms that I have coined are now part of pop culture (she laughs). I do believe that the audience is looking for something which will stimulate their intellectual side and not just their sensual side.”

Apart from ‘Emergency’, the ‘Queen’ actor also has director Sarwesh Mewara’s ‘Tejas’ in her kitty, in which she will be seen portraying the role of an Indian Air Force pilot. The official release date of the film is still awaited. (ANI)