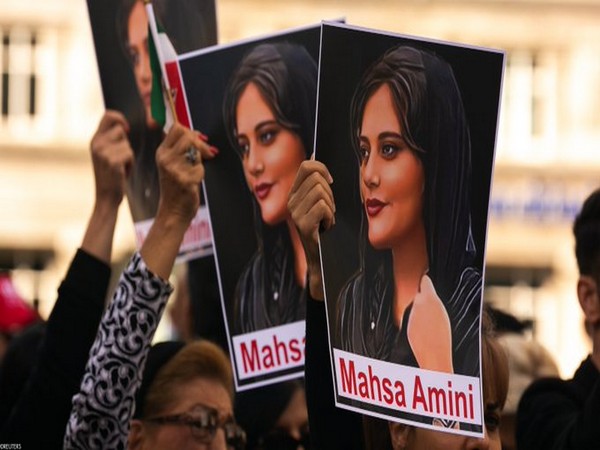 TEHRAN: The Iranian security forces have arrested a woman for eating at a restaurant in public without her hijab, according to her family.

Donya Rad was arrested after a photo of her and another woman eating at a Tehran restaurant without their headscarves was widely circulated online, reported CNN.

The photo emerged Wednesday showing the two women having breakfast at a cafe that, like most coffee houses in Iran, is traditionally patronised by men.

According to Rad’s sister, security agencies contacted Donya and summoned her to explain her actions. “After visiting the designated place, she was arrested. After a few hours of no news, Donya told me in a short call that she was transferred to Ward 209 of Evin Prison,” her sister told CNN.

Tehran’s Evin Prison is a notoriously brutal facility where the regime incarcerates political dissidents and is exclusively designated for prisoners managed by Iran’s Intelligence Ministry.

Iranian singer Shervin Hajipour was also arrested this week after releasing a poignant song based on tweets shared by Iranians expressing sentiments of why people are protesting, according to NGO Iran Human Rights.
Hajipour’s song “For…” went viral online, receiving millions of views and is being shared widely among Iranians inside and outside the country.

The anti-government demonstrations started in the country over the death of a Kurdish woman named Mahsa Amini. Mahsa (22) died in police custody after her arrest for allegedly failing to comply with Iran’s strict rules on women’s dress by wearing an “improper hijab”.

The government crackdown has continued after almost two weeks of protests, with dozens dying in clashes between security forces. Iran Human Rights estimates that at least 83 people including children, are confirmed to have been killed in protests following the death of Mahsa Amini, reported CNN.

More than a thousand people connected to the protests have been detained as of last weekend. At least 28 journalists arrested were arrested as of Thursday, according to the Committee to Protect Journalists.

Amnesty International on Thursday said they are “investigating the authorities carrying out mass arrests of protesters and bystanders, as well as journalists, political activists, lawyers, and human rights defenders, including women’s rights activists and those belonging to oppressed ethnic minority groups.”

Despite the growing death toll and a fierce crackdown by authorities, videos circulating on social media show protesters calling for the fall of the clerical establishment in the cities of Qom, Rasht and Mashhad, reported CNN. (ANI)