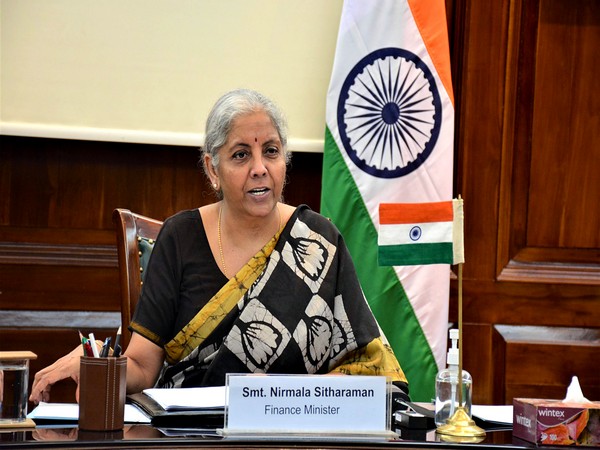 NEW DELHI: Highlighting the recovery of the economy and flow of investment post-Covid pandemic, Union Finance Minister Nirmala Sitharaman on Friday said that India’s Gross Domestic Product (GDP) is expected to grow at 7.4 per cent in the financial year 2022-23 and will continue at the same level in the next fiscal.

Speaking at an event, Sitharaman said, “India is still the fastest growing economy. We are definitely at the range of 7.4 per cent (GDP). The level will continue even the next year.”

She said the government’s estimation is based on developments. The minister emphasised that global agencies like International Monetary Fund (IMF) and the World Bank have also projected India’s growth to be the fastest for the next two fiscal years. And the estimations, she said, are similar to what the Reserve Bank of India (RBI) has predicted.

Sitharaman expressed her concern about the export sector keeping the slowdown in the economies across the world in mind.

“We have to be ready to face the challenges, the challenges in the exports. We have to see how our exports can be supported the best. We are continuously in touch with our exporters belonging to various sectors. We do want to take every opportunity to ensure that the investments continue. We are drawing newer investments to come to India so that the momentum is not lost,” the minister said.

She further stressed the need for a comprehensive debate on the freebies issue. Sitharaman said that political parties making promises prior to elections should make budgetary provisions to take care of expenses and avoid burdening other institutions.

“It is an important issue that India should debate and all of us have to join the conversation (on freebies). The first thing is all of us do recognise that there is an issue. Our government is very conscious of what constitutes freebies. It is one thing to empower people and ensure to provide all kinds of assistance so that they come up out of that mire and be able to do their own afterwards,” she said.

“But it is a totally different thing when you talk about it in the sense of entitlement. If a promise has been made to the people, let us say at the time of the election because you are looking at a quid pro quo. You should, as a responsible party, assume after you come to power make sure a budget for it. And that payment should go through as a budgetary provided payment.

“For say, if you wish to give free electricity, make it a provision that a number of units to that many numbers of people will cost that much and that amount is provided for your budget and that goes to the DISCOMs and that goes to the GenCos. It should go. Your promise of a freebie cannot be a burden to somebody else.”

“You end up shifting the burden to the DISCOM which is not gone to the elections. The DISCOMs have not asked for the votes. But they are being burdened by it. Why should they? Do they have the power to stop continuing the supply? And similarly the GenCos. If you made a promise, make a provision and let the Assembly or Parliament pass it. It cannot just be ‘I have made the promise, I come to power but God knows who is going to pay,” stated the minister.

On the collection of cess, Sitharaman said the central government collects cess with an objective and the money collected through cess is primarily spent in states.

“If it is for education, it goes to education. If it is for infrastructure, it goes to infrastructure. When the money is spent when it is collected through a cess, it actually goes to the states. The government spent much more than the money collected through cess. So collected cess actually goes to the states only. For cess expenditure, the only domain which is entirely with the Centre is Defence. Even many states have international borders. If border roads are made, will it not go to make the states secure? So where is the cess being kept by the Centre, it is actually going to the states,” she said.

The Finance Minister informed that above Rs 1 lakh crore has been given for education in this budget as education cess.

Asked about the RBI’s recommendation of incurring a charge on the Unified Payments Interface (UPI), Sitharaman said the government believes it is not the right time to make digital payments chargeable.

“We see digital payment as the public good. People should be able to access it freely so that the digitisation of the Indian economy becomes attractive. Also through digitisation, we achieve a level of transparency which is so required. Therefore, we still think it is not the right time of charging it. We are more and more pushing toward open digital transactions, digitisation and platforms which can enable great access. The RBI’s recommendation is to a working paper and let the working paper where it is,” she added. (ANI)