The 33-year-old brought an end to one of the most decorated careers in British football history. Bale’s contract at Los Angeles FC is due to expire this summer and has decided to bid adieu to the sport. He is the leading goal scorer for his country.

Bale shared a post on social media stating, “After careful and thoughtful consideration I announce my immediate retirement from the club and international football. I feel incredibly fortunate to have achieved my dream of playing the sport I love. It has truly given me some of the best moments of my life. The highest of highs over 17 seasons that will be impossible to replicate, no matter what the next chapter has in store for me.”

Bale made a record 111 appearances for Wales, leading his country from the international football wilderness to two European Championships reaching the semi-finals of Euro 2016 and the first World Cup since 1958.

The Welshman played for Tottenham in Premier League, before moving to Real Madrid in 2013, where he went on to win five Champions League titles. 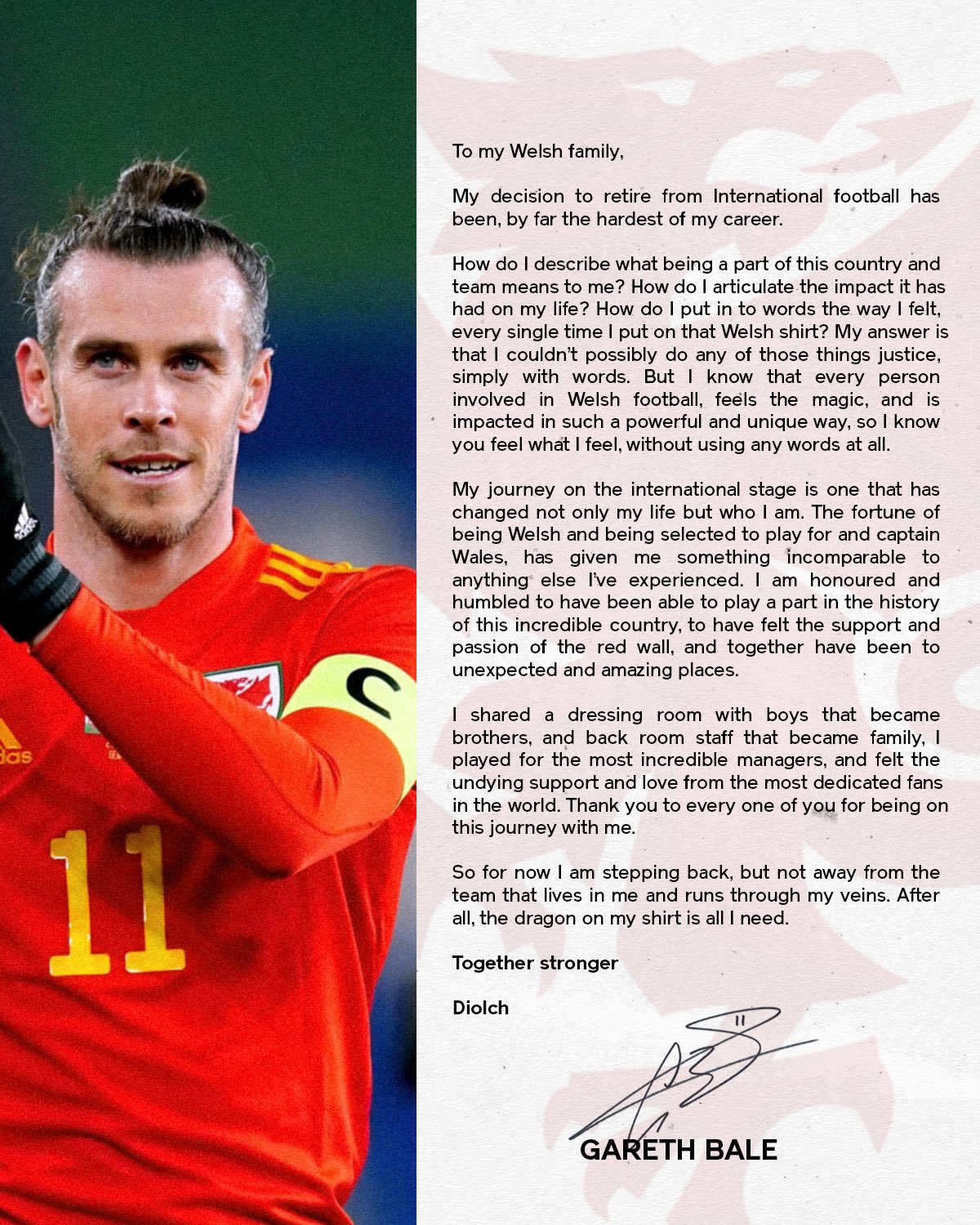 “To show my gratitude to all of those that have played their part along this journey feels like an impossibility. I feel indebted to many people for helping to change my life and shape my career in a way I couldn’t have ever dreamed of when I first started out at nine years old. My parents and my sister, without your dedication in those early days and without such a strong foundation, I wouldn’t be writing this statement right now, so thank you for putting me on this path and for your unwavering support. My wife and my children, your love and support has carried me through. Right beside me for all the highs and lows, keeping me grounded along the way. You inspire me to be better and to make you proud. So, I move on with anticipation to the next stage of my life. A time of change and transition, an opportunity for a new adventure,” further added Bale in that social media post. (ANI)