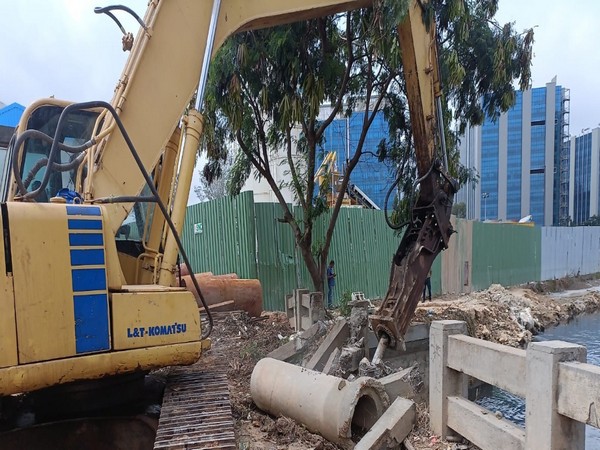 BENGALURU: In the aftermath of heavy rains which led to flooding in Bengaluru, the demolition of structures built illegally in different parts of the city is on in full swing.

An operation to clear encroachment of rajakaluves was conducted on Mondaday at five locations places in Mahadevapura constituency under BBMP limits.

In Green-Wood Residency premises, the slab installed on the 150-metre-long rajakaluve was cleared. Also, drain work is to be done on the premises of Salarpuria and after the work is done, the compound wall will be cleared.

According to the survey inside the campus of Wipro, the width of the canal is 2.4 mt and nothing has been built on the canal. However, the canal has been blocked by a slab and was cleared under the supervision of the corporation.

A 75-metre-long compound wall and two sheds have been cleared on both sides of the rajakaluve in Vijayalakshmi Colony of Kadugodi. Also, notices have been given to eight out of 10 houses on the rajakaluve.

The encroachment clearance operation along rajakaluves is going on with the assistance of the corporation officers, surveyors of the land survey department, tahsildars of the revenue department, marshals and police personnel, and will continue.

In Basavanpur, one compound wall and vacant land were cleared by the corporation. In Yelahanka satellite town, the compound wall built by the CBS Institute, encroaching on the 120-metre-long rajakaluve was cleared.