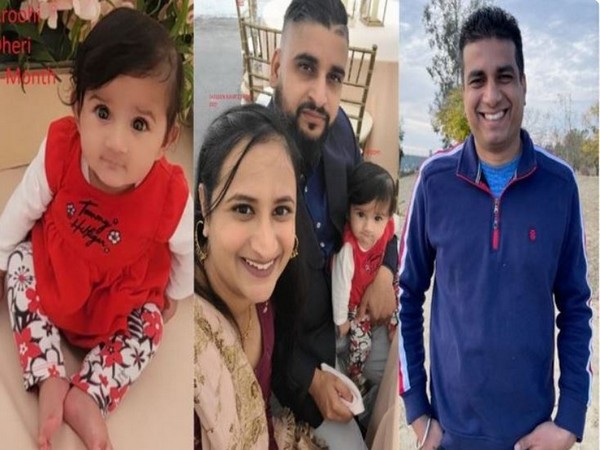 CALIFORNIA: The brother of a man who was arrested for allegedly abducting and killing four members of an Indian-origin family in California earlier this week, has also been arrested for being an accessory to the crime, local media reported citing authorities.

Jesus Manuel Salgado, the suspect in the kidnapping and murder, was arrested late Thursday. Salgado (48) accused of kidnapping and killing 8-month-old Aroohi Dheri, her parents Jasleen Kaur (27) and Jasdeep Singh (36) and her uncle Amandeep Singh (39) was booked into the Merced County Jail.

After a search for the deceased, who had been reported missing from Monday, authorities recovered their bodies from a farm area on Wednesday. A farm worker alerted police to the bodies lying in an orchard in central California’s Merced county.

The bodies of the family, which originally hail from Punjab in India, were discovered lying close to each other by the farm worker, Merced County Sheriff Vern Warnke, adding that “there’s a special place in hell” for the perpetrator.

The family was kidnapped at gunpoint – an abduction recorded on surveillance video – from their trucking business Monday morning in Merced, authorities said. Investigators learned they were missing after a family vehicle was found abandoned and on fire that morning, authorities said.

Meanwhile the suspect, Jesus Manuel Salgado, attempted suicide sometime before he was taken into custody, and he has been receiving medical attention. Later, in the police investigation, it was revealed that Jesus Salgado was a former employee who had a longstanding dispute with the family that “got pretty nasty” ABC30 reported.

Relatives of the slain family told investigators that Salgado had sent angry text messages and emails about a year ago after working with their trucking business, Merced County Sheriff Vern Warnke said. (ANI)