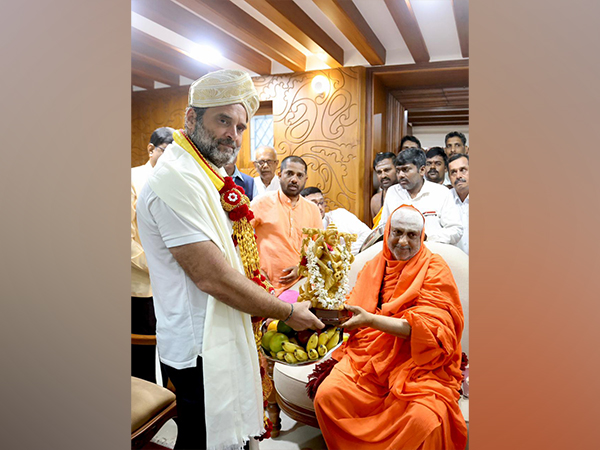 Gandhi, the Lok Sabha MP from Kerala’s Wayanad, who reached Karnataka on September 30, visited the centuries-old matt and sought the blessings of the JSS seer Sri Shivaratri Deshikendra Swamiji on the fourth day of his visit to the state.

Rahul Gandhi is currently leading Bharat Jodo Yatra- the 3,500-km march from Kanyakumari to Kashmir, covering as many as 12 states. The Yatra will be in Karnataka for 21 days, beginning September 30, before moving north. The Padayatra (march) will cover a distance of 25 km every day.

On Sunday, the Congress MP addressed a public rally amid a heavy downpour in Mysuru. Addressing the rally, Gandhi said, “This yatra is like a river that will flow from Kanyakumari to Kashmir. This journey will not stop due to heat, storm, rain, or cold. In this river, you will not see any hatred or violence. The river will showcase love and brotherhood.”