The march started at 6:40 am, informed the veteran Congress leader Jairam Ramesh. Rahul Gandhi will be meeting around 2,000 unemployed youths from all over Karnataka, said the Congress veteran.

“Day 35 of Bharat Jodo Yatra began at 6:40 am from Challakere and the entire day will be in the historic Chitradurga district. The afternoon interaction of Rahul Gandhi will be with around 2,000 unemployed youth from all over Karnataka who face a bleak future in the so-called ‘New India'”, tweeted Jairam Ramesh.

Opposition leader Siddaramaiah and State Congress chief D K Shivkumar were also present with Rahul during the Karnataka leg of the Bharat Jodo Yatra today. The state party chief shared the visuals of the march on the micro-blogging site Twitter on Wednesday.

Large crowds were seen gathering with Rahul Gandhi raising the Tricolour and following the Congress MP to show their support for the Bharat Jodo Yatra. The Indian National Congress shared a photo of Rahul Gandhi interacting with a group of women dressed in traditional attire. 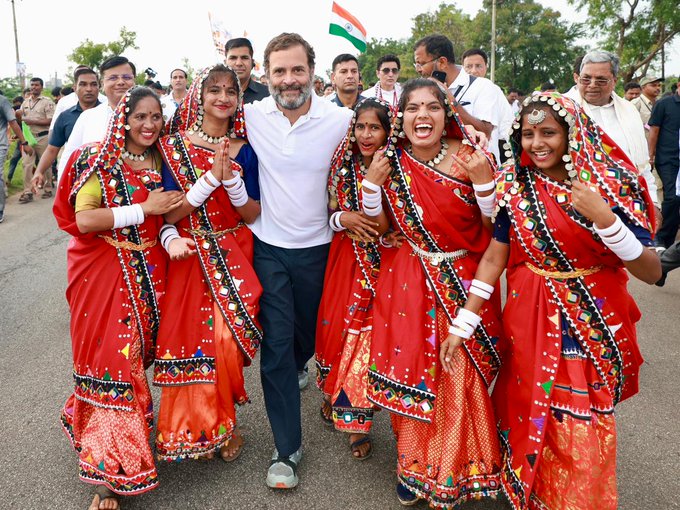 “Tricolor is behind and Josh is high in front. Steps will not stop, as a resolve has been taken to unite the country”, INC tweeted in Hindi. Rahul Gandhi was also seen wearing a ‘waist coat’ representing Nagaland. 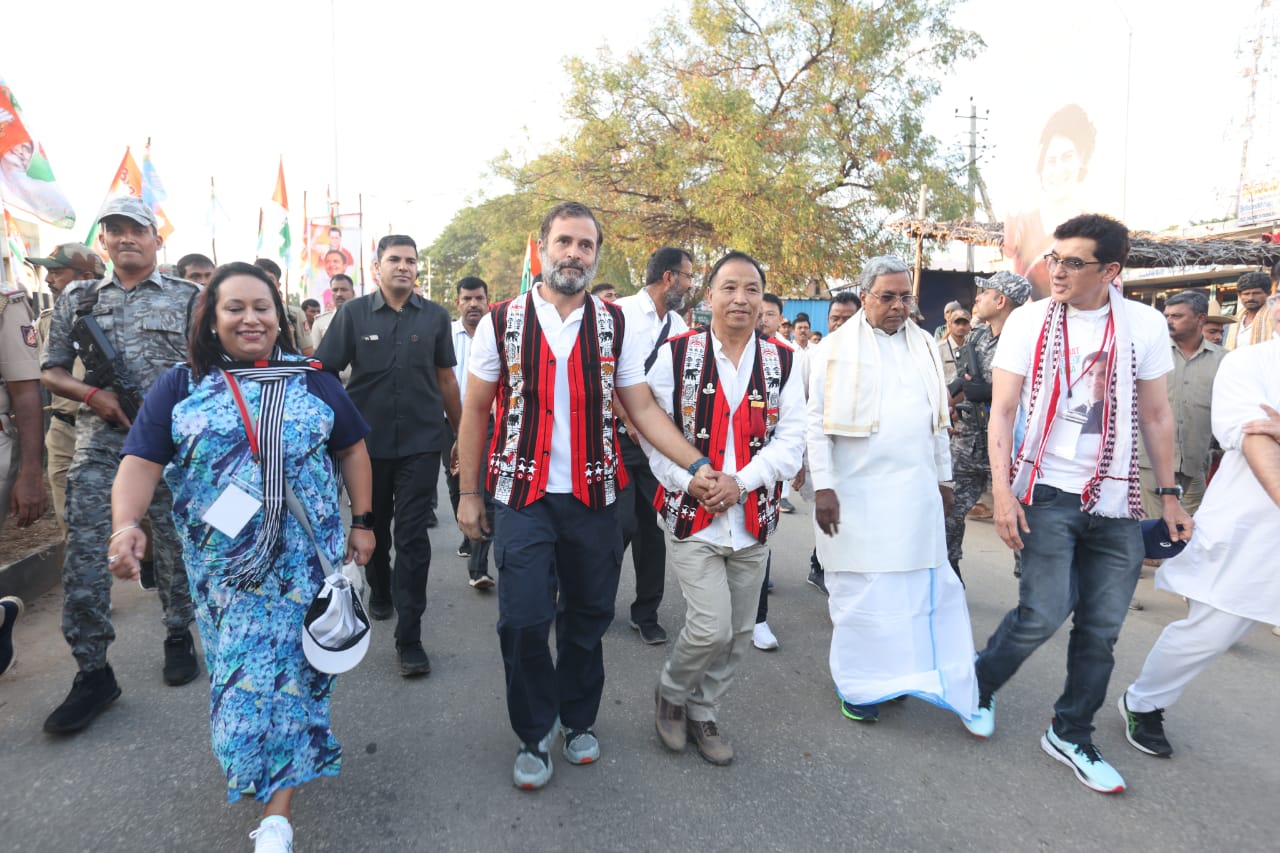 The Padyatra will again resume after halting in Griyammanahalli village arch. The Congress MP will stay at the Swami Vivekananda National School at Hirehalli at night.

The Bharat Jodo Yatra began on September 7 from Kanniyakumari and has covered a distance of 905 km so far. It will pass through a total of 12 states, to culminate in Jammu and Kashmir.

Meanwhile, Rahul Gandhi, along with 40 Pradesh Congress Committee (PCC) delegates who are part of the Bharat Jodo Yatra, will cast their vote for the party presidential election at the campsite as a special booth will be established for them to take part in the polls.

The voting for the Congress presidential elections is scheduled to be held on October 17 and the padayatra will take a break for a day for voting.

Congress leader Jairam Ramesh clearly stated that the voters only need an ID card for exercising their franchise.
All the arrangements have been made at the travel camp for their voting in the election of Congress president.
The Central Election Authority, headed by senior party leader Madhusudan Mistry, will oversee the voting, a notification of which was issued on September 22.

With Gandhis not running for the top post this time around, the grand old party is all set to get a non-Gandhi president after over 25 years. (ANI)