AYODHYA: As the holy city of Ayodhya turned golden, as 15.76 lakh diyas were lit up on the banks of Saryu river on the occasion of Deepotsav, the event generated a lot of buzz on Twitter.

The hashtag #AyodhyaDeepotsav continued to trend on the social media platform Twitter and reached as many as 230 crore people.

More than two lakh people simultaneously used this trend to tweet, retweet, like and reply. Using this hashtag, Twitter users posted images and videos of the breathtaking vista of Ayodhya.

One user wrote, “Deepotsav is a great example of the pride of our Sanatan culture. It is carrying our eternal values in all its spirit.” 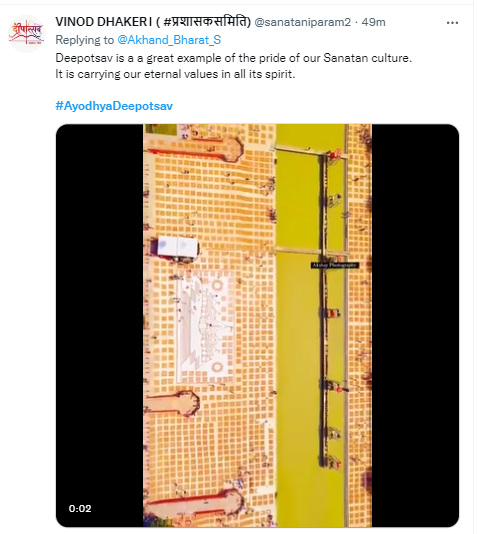 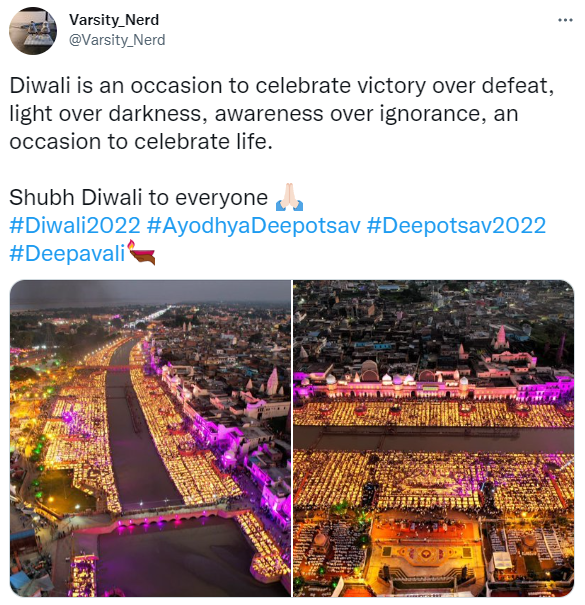 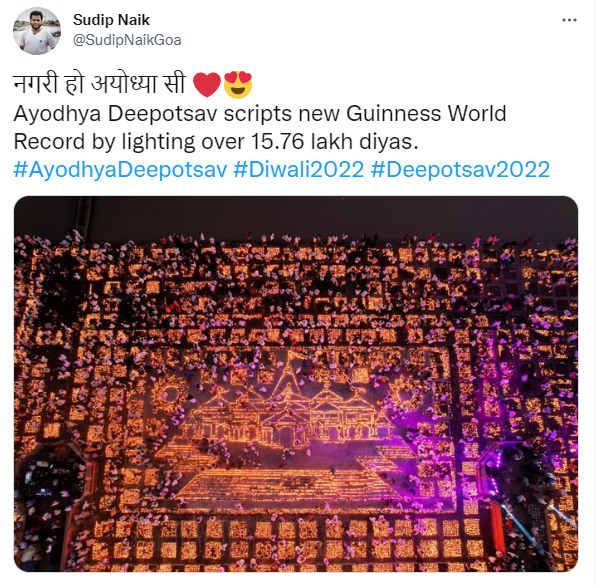 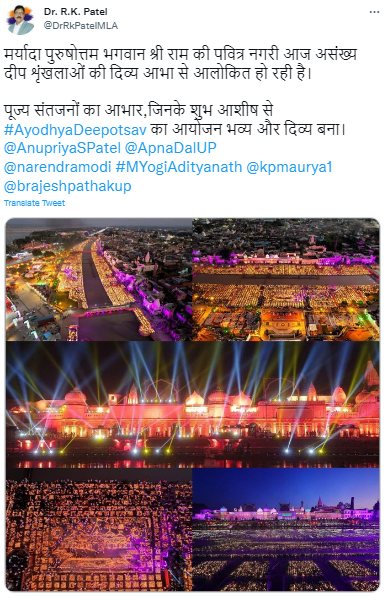 It is noteworthy that on the eve of Diwali, Uttar Pradesh’s Ayodhya created a new Guinness World record of the ‘largest display of oil lamps’ by lighting more than 15.76 lakh earthen lamps at the ‘Ram ki Paidi’ as part of the Yogi government’s Deepotsav celebrations. (ANI)