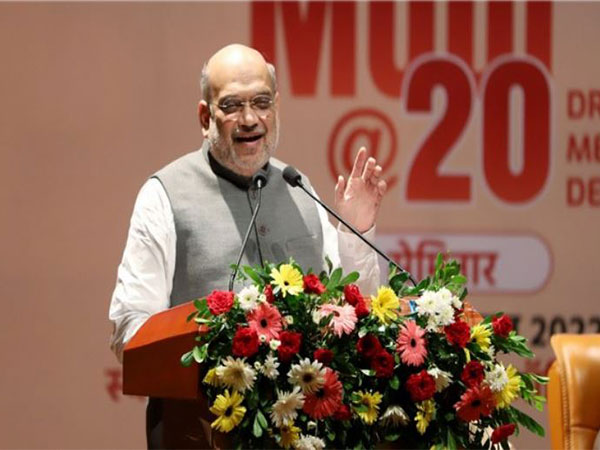 PATNA: Union Home Minister Amit Shah will be on a two-day visit to Bihar, said BJP state president Sanjay Jaiswal on Saturday. The visit is slated for September 23 and 24 where the minister is expected to address a huge public gathering.

BJP state president Sanjay Jaiswal said that Amit Shah will meet the office bearers of Araria, Kishanganj, Purnia, and Katihar on September 24. “The programme was finalised when Amit Shah had earlier come on July 31 to Bihar. It is the first public meeting that Amit Shah will address after the breakdown of the government in Bihar,” said Jaiswal.

He further clarified regarding the allegations of the newly formed state government and said,” The Centre helps Bihar the most. The largest state is Maharashtra, to which the funds of Rs 51,000 crore is given, while Rs 82,000 crore is allotted to Bihar. A total of Rs 31,000 crore is already given additionally. Despite this, false allegations are being made by the Bihar government”, he said.

“Apart from that, the Centre has given Bihar about Rs 1 lakh crore in speed power. The Centre is always ready for the development of Bihar and is also giving help to the Bihar government.” He also stressed that the central government has been helping the state continuously.

“Shah will address the huge public meeting from Purnia in Bihar. Meetings have been held in Jagdishpur, Bhojpur, Arrah commissionerate, Patna, and now will be held in Purnia. Meetings will also be conducted by BJP in Bhagalpur and Champaran. Our programmes will continue in all commissionerates,” he added.

Bharatiya Janata Party leader Vinod Tawde will embark on his maiden visit to Bihar on September 18 since his appointment as general secretary in-charge of the state where he will hold a core group meeting of the party in Patna. Tawde will also be present at a book launch in the city.

Speaking to ANI about the developments, Sanjay Jaiswal said, “We are looking forward to seeing Vinod Tawde in our midst and look to seek his guidance for the upcoming 2024 Lok Sabha elections and 2025 state assembly polls”.

The BJP Bihar unit has hit the ground from the word go since Nitish Kumar parted ways with the NDA. “We are a party that works all the time and days of the year. We are committed to the cause of the people,” Jaiswal said.

Sharpening his attack on deputy CM Tejashwi Yadav, Jaiswal, a member of Parliament from Bettiah, said, “Ours is a party which is committed to the cause of the people unlike RJD and its leadership who consider politics to be like a picnic.”

Top leaders of the BJP have already visited the state covering all assembly constituencies to seek feedback on the ground about where the parties are headed and also bring to the knowledge of the people that it was a “power-hungry” Nitish Kumar who ditched the mandate of the people.

Notably, Kumar had parted ways with the NDA last month and rejoined the Mahagathbandhan. In 2020, the BJP-JDU won the election in alliance in Bihar and Nitish Kumar was made the chief minister despite BJP being the single largest party. (ANI)