This is the second such incident occurring in the TDP chief’s public meeting in a week. Eight people had died in a stampede on December 28 last year in Nellore.

According to the police, three women have lost their lives and several other people are injured in the stampede. The injured ones have been moved to the hospital. 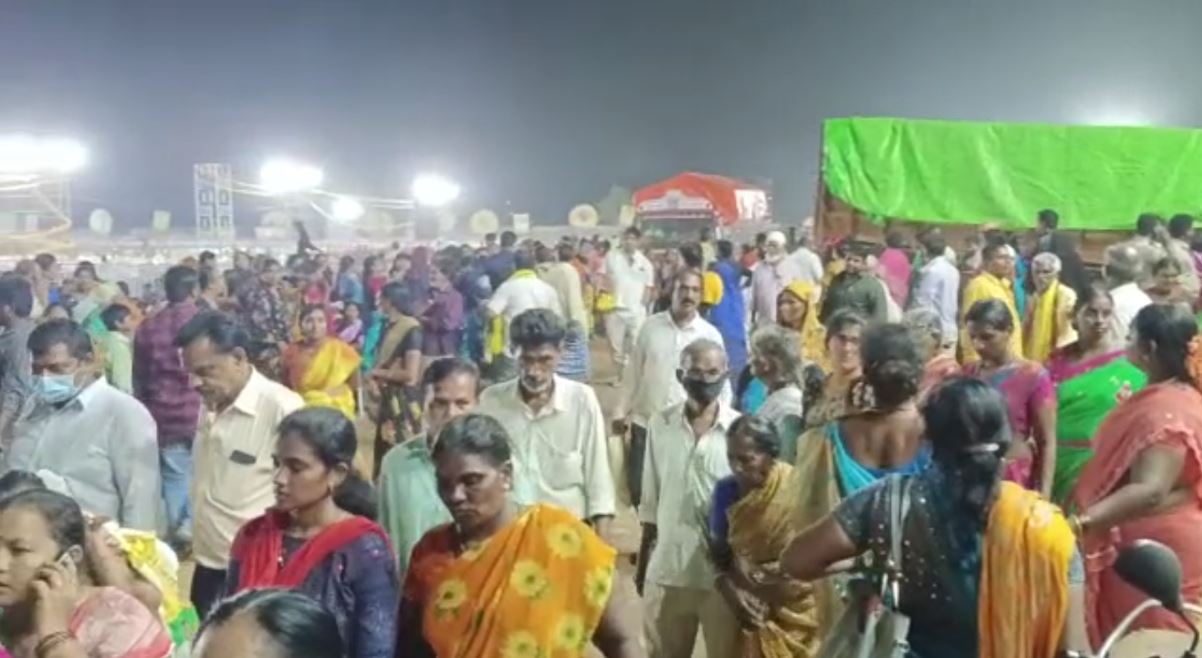 The police said that Chandrababu Naidu had planned to present gifts for the upcoming festival Pongal. The TDP leaders arranged the public meeting at 2 pm on Sunday.

“Naidu left the meeting after its completion, however, public rushed to collect the gifts leading to a stampede,” the police said.

A victim woman Siva Parvathi, who also sustained injuries, said, “Nobody cares about our lives. The TDP leaders called us for the meeting and told us that they would give us gifts. We were waiting for the gifts. Many people were injured in the stampede. Nobody came to our rescue during the stampede. Instead of getting gifts, people were deceased.”

The Andhra Pradesh police had earlier said that the seven TDP workers had lost their lives during a stampede at a public meeting held by party leader N Chandrababu Naidu in Kandukuru of Andhra Pradesh’s Nellore on Wednesday. However, one more person succumbed to the injuries in the midnight hours.

Following the incident, N Chandrababu Naidu had announced financial assistance of Rs 10 lakhs each to the families of the deceased. He also said that the children of those deceased will be educated in the NTR Trust educational institutions. (ANI)