A new song from the upcoming film, Parmanu: The Story of Pokhran, has been released. Titled Thare Vaste, this one is a patriotic number, going perfectly with the tone of the film. The song has been composed by Sachin-Jigar. They use a Rajasthani folk vibe with Thare Vaste, which makes it very unique in the genre. VAYU has penned the lyrics which are easy to hum, yet give a depth to the number. Thare Vaste has been crooned by Sachin-Jigar’s favourite singer, Divya Kumar. He has lent his voice for songs like Maston Ka Jhund, G Phaad Ke, Jee Karda etc and we love him. But we feel a more powerful voice – Kailash Kher, Sukhbir – would have made this song better. 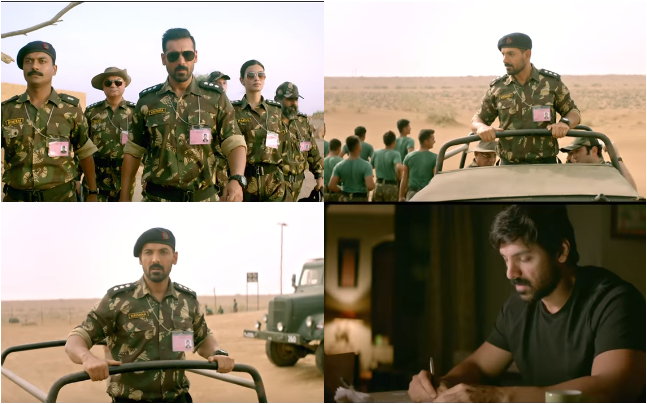 Speaking of the music video, a couple of things stand out. We see that John draws an analogy to Mahabharat while introducing the main characters of the film. He is Krishna and Diana Penty is Nakul, with rest of the characters being compared to rest of the Pandavas. The video is mostly made up of the footage from the trailer of the film, but a couple of scenes are an exception. Like we see John enter an underground bunker on a lift. Parmanu certainly seems like the movie that tells a story that needs to be told. And we should applaud it for that. 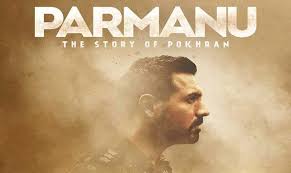 Parmanu: The Story of Pokhran is based on the nuclear bomb explosion tests done by the Indian Army at Pokhran in 1998, under the leadership of India’s future President Dr. APJ Abdul Kalam. John Abraham leader of the team. It deals with those aspects of the mission which never came out and salutes the unsung heroes who put India on the global nuclear superpower map. whose mirror selfie is the hottest???? Ranveer Singh or Shahid Kapoor…

Can’t wait for the weekend? Here are adorable pictures of Taimur...

Aamir Khan’s Thugs of Hindostan to simultaneously release in India and...