Vidya Balan is a queen when it comes to biopic! Her portrayal of Silk Smitha in The Dirty Picture will go down in the history of how good biopics are made. Now the actress will be soon making her Telugu debut with NTR’s biopic. The actress is playing NTR”s first wife, Basavatarakam on screens. The biopic is gaining momentum, as it’s filming has just begun. Recently, Rakul Preet’s look was out, who is playing Sridevi on the screens. And now, Vidya Balan’s look from the movie has been out. Recently, the actress of Kahanii fame, shared a glimpse of her look. She took on to her social media handle and released the picture.

Dressed in a traditional saree, Vidya looks into the character to the teeth. She also wears flowers on her hair bun, golden jewelry and a bindi to complete the look. And we can only say for a second it was difficult to identify it was Balan. The picture was captioned by Balan stating what do I see.

Before we go gaga, have a look at the picture… 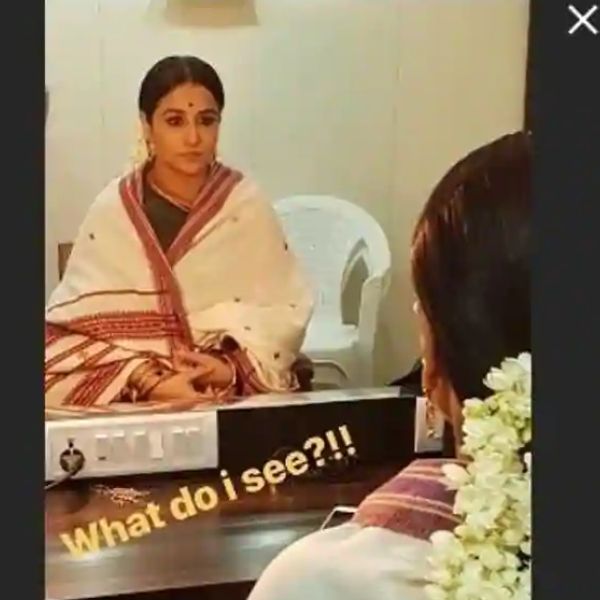 The movie features Nandamuri Balakrishna in the titular role, while Vidya Balan plays his first wife. Other popular actors like Rana Daggubatti and Rakul Preet in the primary character.

As Sonam walks on the red carpet for Cannes, Anand Ahuja...

Hina Khan raises temperatures by sporting Denims as she is in...