Recently, we told you that Sumeet Vyas will get hitched to Ekta Kaul on September 15. The actor who rose to fame with his stint of Mikesh from Permanent Roommates made his relationship official earlier this year and after few months, announced the marriage. In fact, their engagement news came to limelight recently. Now, according to the latest reports, the couple will be exchanging wedding vows amidst the green mountains.

According to the reports of India Forums, the couple will get hitched in the hometown of Ekta and it is none other than the city of Jammu. The couple chose the destination not only because of her hometown but they wanted to keep it intimate and a private affair. The sangeet will be held on September 14. We can imagine how grand it is going to be and obviously the lush scenery will add to the beauty of their special day. 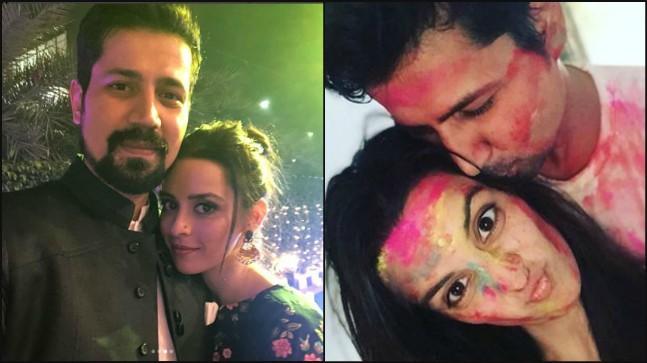 Earlier, while speaking about his marriage, Sumeet told Bombay Times, “My family really adores Ekta. When we met her folks in Jammu, we were floored by their love and hospitality. We were like, let’s not try to compete with them. We are planning a warm and intimate wedding ceremony.” Sumeet also couldn’t stop praising Ekta and shared, “Ekta is not pretentious and she speaks her mind. She is honest and that is good and sometimes a bit taxing (smiles), but for most part, it is the best. I have never been so poetically in love before. We really care about each other and she has a lot of love to give. At first, I didn’t know how to receive it… I couldn’t believe that I was worthy of so much love. It’s only with time that I have realised that it’s for real and one day, I might be able to convince myself that I genuinely deserve all this love and care. Ekta has this innocence and that’s the most endearing part about her. I can’t believe when she says she has a crush on me because she is herself so pretty.”

Priya Varrier and Roshan Rahoof’s Holi celebrations will remind you of...

After Bigg Boss, Hiten Tejwani Will Be Seen In Alia Bhatt...

5 Places To Visit In Mumbai

Ananya Pandey is ready to ‘fight like a girl’ as she...

It was inspiring to see how committed Kareena Kapoor is.. says...