Bigg Boss is one of the most controversial reality shows. People eagerly wait for it every year. Now that the season is already being aired, the fights have already begun. Its just been 4 days and now the Bigg Boss house’ inmates are fighting. In Deepak’s words, ‘Battle of Grahyastra’. Bigg Boss woke up the contestants by giving them a hint of what’s in store by playing this song: ‘Badshah O Badshah’. The first nomination became the topic of conversation in the house, which perplexed the contestants.

Deepak, Romil and Nirmal took a decision where they had to do something to survive in the house. On the other hand, while everyone was making new friends, Somi Khan still couldn’t connect with anyone in the house and chose to stay aloof throughout the day. 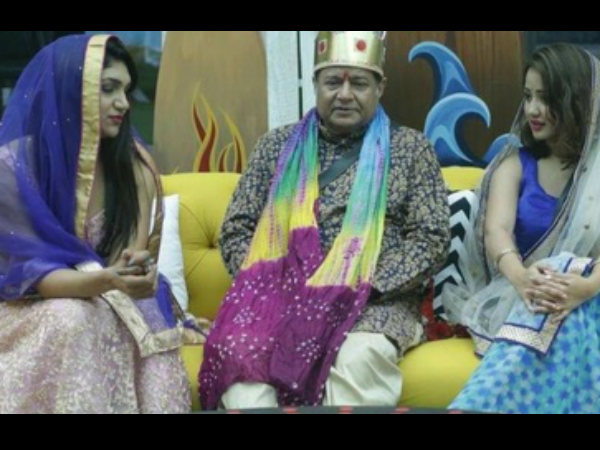 Bigg Boss announced the first captaincy task which was called Raja Ki Duvida. Bigg Boss punished the boys of the house by not letting them compete for captaincy and gave the power to girls. As a part of the task, the jodis had to nominate one pair between Saba-Somi and Kriti-Roshmi and the singles had to choose between Nehha, Srishty and Dipika. In the task, Anup Jalota played the role of Rangeela Rajkumar, with the girls playing his Ranis. 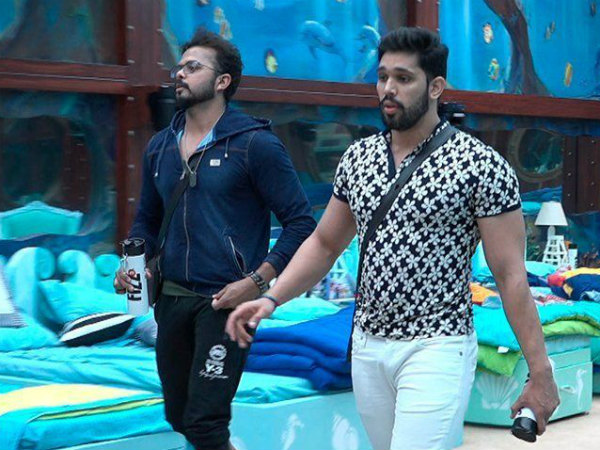 People in the house were witnessed as they tried to impress the ‘Rajkumar’. They sportingly took up dancing, singing, cooking and making every attempt to win roses from him. When Roshmi pitched in to swim, Anup gave her a rose. Further, Roshmi and Kriti danced on ‘Baby doll mein sone di’ to woo Anup, who volunteered to sing the song. 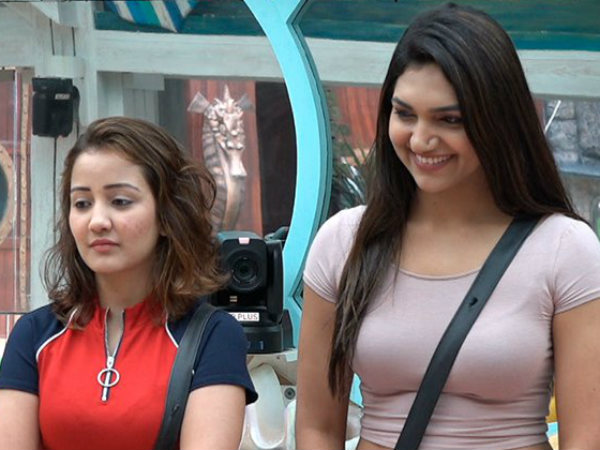 The respective teams tried to destroy the roses collected by ‘Princess’ Dipika, Roshmi-Kriti in order to make their team win. Deepak took the roses of his team, ran and locked himself in the restroom so that the other team could not destroy it. Dipika was left with one rose, making Kriti and Roshmi the first captains of the house. Dipika felt bad that she let her team down and got teary-eyed.

Sreesanth and Shivashish’s arguments got heated up, again. Somehow, Somi too got involved into an argument with Shivashish. Saurabh felt helpless and broke down as he was unable to calm Shivashish down, following which Karanvir and Sreesanth tried and consoled him. 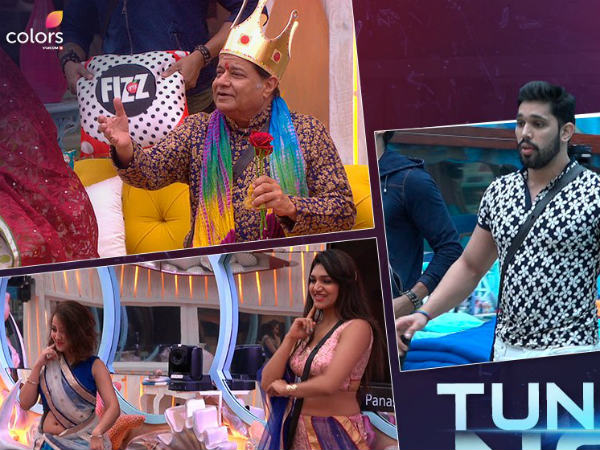 On the other side, Deepak unnecessarily got dragged into a fight with Somi and Saba. Saba felt that Deepak always interferes in others’ matters. Somi, however, sat down and heard Deepak out.

Namaste England Star Cast with Akshay Kumar Made a Top-Notch Trio in Their Latest Post.

Ibrahim Ali Khan is a mirror image of daddy Saif….

Sargun Mehta and Ravi Dubey reunite for a project, but it’s...

People Are Crushing On Shivashish Mishra, The Hunk Who Has Entered...

Rhea Kapoor is having a quality time with boyfriend Karan Boolani...