Ranveer Singh starrer Simba is one of the most awaited movies of this year. The actor, director has been constantly keeping us updated about the movie with videos and pictures from the sets. It is the official remake of the Telegu hit movie, Temper and will be bringing the combo of Ranveer and Rohit for the first time. And ever since the film has been announced, all the pictures and videos have had the Ranveer-Rohit effect in it. 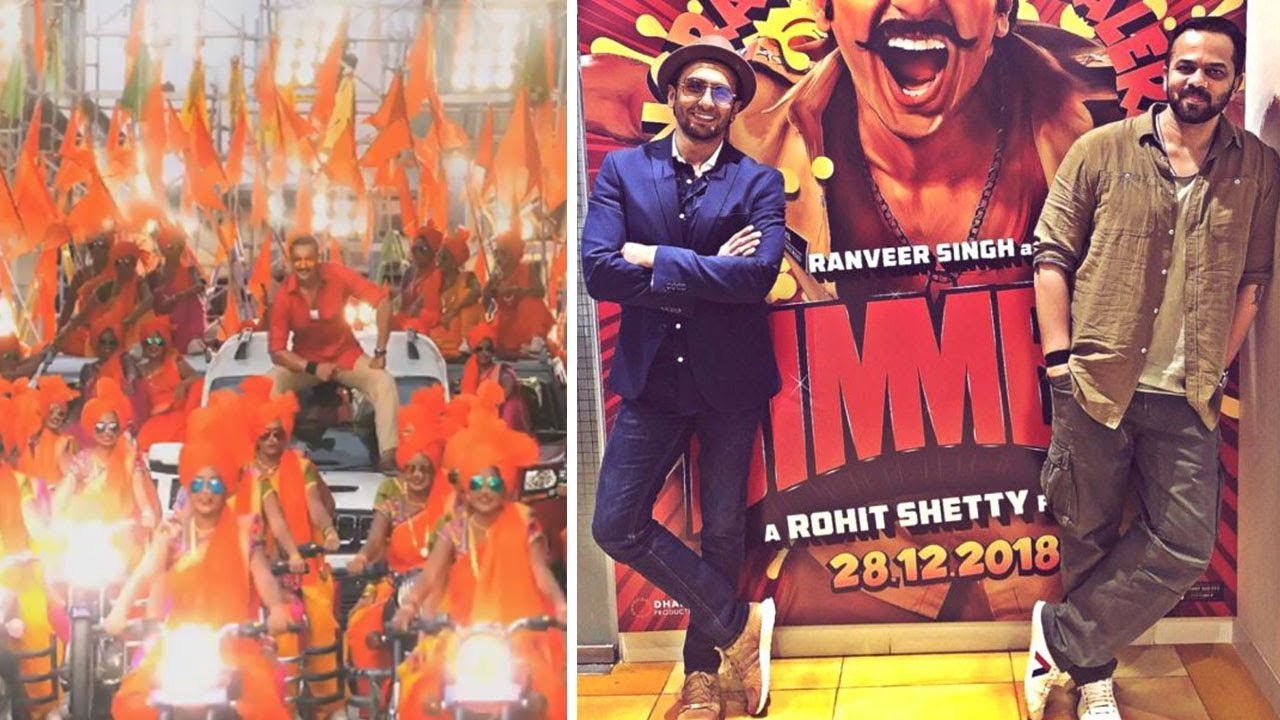 The actor recently shared the motion poster of the movie and bowled us. The background score seems to be the title track of the movie while the poster screams for women empowerment. Ranveer can be seen surrounded by women dressed in the Maharashtrian traditional attire worn by men. The photo speaks loud of equality and reflects the motto of the film. He captioned the pic, “This December…WOMAN POWER…ROHIT SHETTY ISHHHHTYLE!!!#SaraAliKhan #RohitShetty @karanjohar @DharmaMovies @RelianceEnt @rspicturez @SimmbaTheFilm”[sic]

The actor has been working hard on his looks for the movie. He also mentioned how Rohit wanted him to be beefed up for the character of Sangram Bhalero. Sharing about the project in an interaction, he said, “It is my first bona fide ‘in and as’. It is with a director who has such a great, vast and sparkling equity. And he is really not holding back this time, with the way he is mounting the film and everything that he is pumping into the film. It really is my biggest outing and I am doing my best to perform my level best in this film and keeping my fingers crossed. I am excited about it and I hope people watch the film and love it.”

Lesser known facts about the ace cricketer Rohit Sharma on his...

Why should boys have all the fun! If Pyaar Ka Punchnama...

“Mira likes to be a little extravagant sometimes” Shahid Kapoor gets...

[In Pics] Taimur is damn happy to be out with Saif...