Saif Ali Khan is looking at several projects that he wants to line up next year. One of the films that has interested him is by Filmistaan director Nitin Kakkar. The actor confirms the development and says, “Nitin and I have been in talks for a film, but it’s in the early stages. We haven’t finalised it yet. The script is good.” 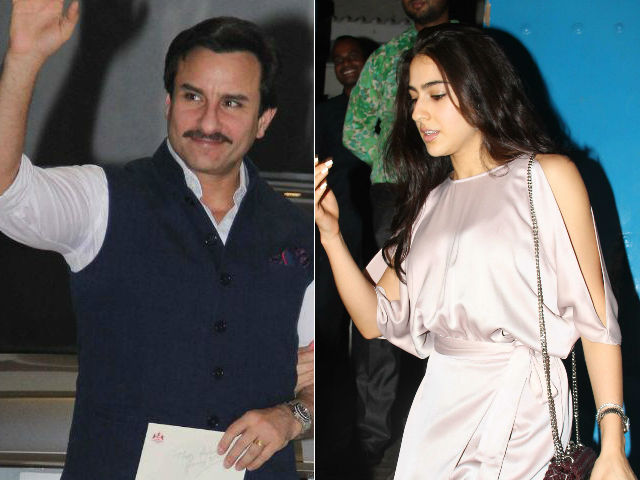 We hear it’s a slice-of-life relationship drama about a father and his daughter. Our source reveals, “It’s a comical, but poignant take on the friendship and the equation that exists between a baap and his beti. But it will have a message, too.” Jay Shewaramani, who earlier worked with Tips and is Ramesh Taurani’s brother-in-law, will produce it. The source adds, “Nitin has also approached Sara Ali Khan for the role of the daughter.  This will probably be Saif and Sara’s first film together. Both of them have liked the story and have verbally given their nod. Now, the modalities and the dates need to be sorted out. Sara and Saif were Nitin’s first choices and the makers thought it would make for an interesting casting coup.”

The couple shares a romantic moment as he ties mangalsutra to...

Kangana Ranaut: I am someone who has always taken on diverse...

Ranveer Singh was offered to dub for the Hindi version of...

Mrunal Thakur: It’s a big deal for my parents that I’m...

Nia Sharma drops a hint on not being single and we...