Kasautii Zindagii Kay 2 is creating a lot of buzz since the show was announced. With every passing day, our interest is piqued to know as to what will change in the reboot version of the show. The promos, starring Parth Samthaan and Erica Fernandes as Anurag and Prerna respectively were revealed by Shah Rukh Khan yesterday and boy, oh boy, were we completely floored! From the iconic title track to the intense dialogue straight from the horse’s mouth – everything is making our wait for the show’s premiere difficult. Apart from Anurag, Prerna and Komolika, the other important character, without whom the show won’t be what it was, is that of Mr Bajaj. Just like Komolika, he is another catalyst in the story, who will come between Anurag and Prerna and make things more interesting. Since the reboot was announced, names like Barun Sobti and a few others were being speculated upon when it came to playing Mr Bajaj. However, now we have learnt that the actor, who was also part of the original show, will play this iconic role. 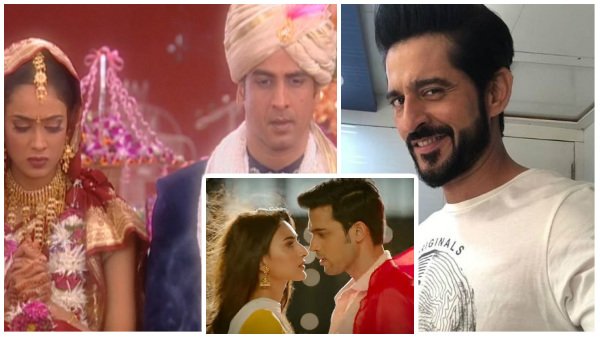 Guess who we are talking about? It is Hiten Tejwani, who was seen as Anurag after Cezzane Khan had bade farewell to the show. A little birdie has informed us, “Earlier, Karan Tacker was approached for the role. However, it didn’t happen and now, Hiten Tejwani has been approached for this role.” Well, if Hiten plays the role, then seeing him in the salt-and-pepper look just like Ronit Roy will be a sheer delight for everyone. Now, we have to wait and watch if Hiten agrees to this or not.

Kangana Ranaut: I am someone who has always taken on diverse...

Janhvi Kapoor chilling with sisters Khushi and Anshula makes for one...