Over the last few days, Hina Khan has been making headlines for all the good reasons. The actress is reprising the role of Komolika in Ekta Kapoor’s Kasautii Zindagii Kay 2. And at the same time, she is making us go gaga over her fashion outings. Recently, Hina was spotted with her beau Rocky Jaiswal at the airport. They were papped twinning in red and black as they headed to Kolkata to attend Durga Puja. Now, the pictures of them worshipping goddess Durga have gone viral over the web. Hina shared the pictures on her Instagram story and we have compiled them all for you.

Take a look at Hina and Rocky’s pictures right here: 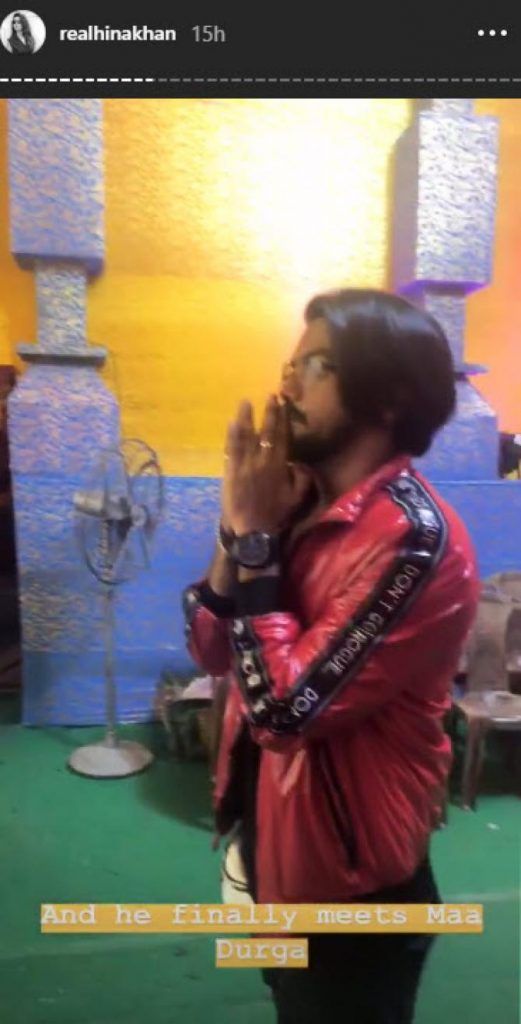 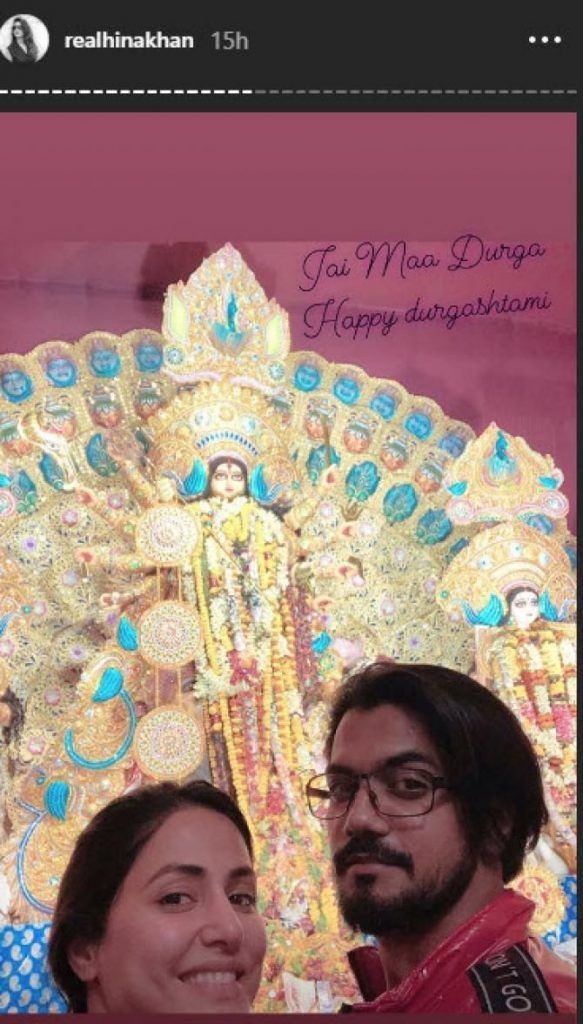 We love how the couple celebrates every festival wholeheartedly. Also, the way they update their fans on a regular basis by sharing pictures and videos of their outings. Earlier, in an interview with India Today, Rocky Jaiswal had spoken about his relationship with Hina. “We met on the sets of Yeh Rishta Kya Kehlata Hai for the first time where I was the supervising producer and she was playing the lead role. That’s how we met. As for what attracted me to her was her dedication to her work. I have seen a lot of actors, but she is one of the smartest of the lot,” he had said.

A Video Of Virat Kohli Doing Bhangra While Entering Ground Is...

Salman Khan is sticking to the blockbuster formula for Race 3…

Kartik Aryan opens up of doing a film with Kareena Kapoor...

Surveen Chawla: Why does it shock people that I got married?

Beyonce creates history as she takes over Coachella with her electric...