While we ve been getting the behind-the-scenes images from Bharat through different people on the sets, Ali Abbas Zafar teased a scene from the movie. The Bollywood movie is a remake of Ode to My Father, a hit Korean movie. It stars Salman Khan in the lead and is set across several decades. While we know that the movie will run between 1947 and ends sometime in the 2000s, it looks like a scene from the movie will be set sometime in August 2010.

How do we know? Well, Zafar shared it himself. The director took to Instagram and shared a peek at what his Wednesday looks like. The filmmaker shared a picture of his laptop with a page from the script seen on it. Although it is difficult to see what exactly is written but when we had a closer look at the picture, we saw a scene being explained with the characters exchanging the dialogues.

While we couldn t make out who the characters on the script were, it was clear that it was either written or set in August. Check out the picture below: 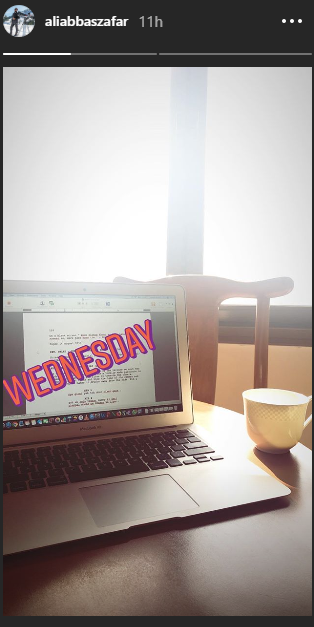 The cast of Bharat recently wrapped a schedule in UAE. A few pictures from behind-the-scenes were shared featuring Salman and Varun Dhawan, who is making a cameo in the movie. Katrina Kaif, who replaced Priyanka Chopra in the movie, has been sharing a few photos from the sets as well.

9 Facts Of Sindhu Will WOW You on her Birthday

Kriti Sanon finally responds to the giraffe picture controversy after her...

Sumeet Vyas pretends to be doped while he delivers some iconic...

The Real Reason Behind Bipasha Basu and John Abraham’s Split