Post wedding Sonam Kapoor is in news for her upcoming movie ‘Veer Di Wedding’. Seems like the whole month belongs to Sonam. Her wedding functions, Cannes Film Festival and now Veere Di Wedding is creating buzz on the internet. The movie has received ‘A’ certificate from the censor board. Kareena Kapoor Khan starrer Veere Di Wedding is a women-centric film where actresses in the movie can be seen using slang and abusive words. In the promo itself, there are some scenes where cuss words are being used. 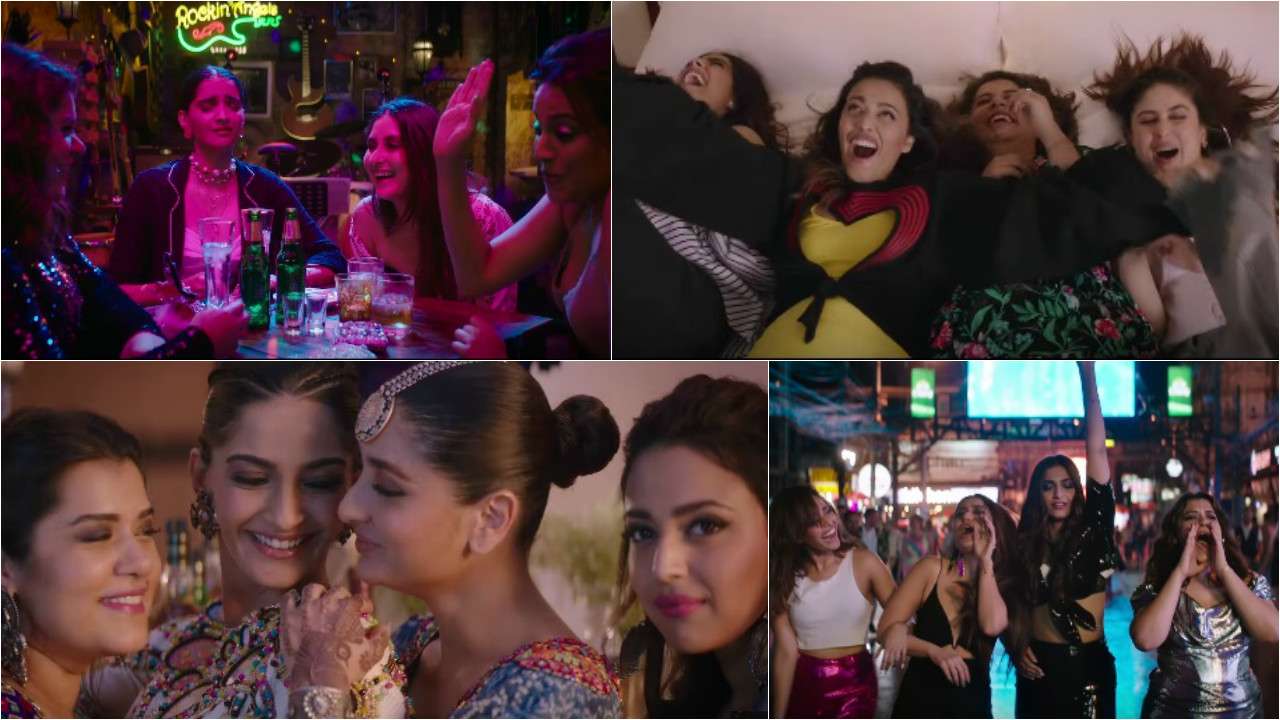 The movie is produced by daughters of famous actors Anil Kapoor and Jitendra Kapoor. Both the actors attended the censor certification of the film. Members of CBFC didn’t support the idea of lead actresses to use such language in a movie. On this, Anil and Jeetendra had an argument with CBFC saying that it’s very common for today’s generation to use such words. Youngsters use this language in their daily life. Some of the board members didn’t agree with them but CBFC then reached a conclusion and certified the movie with ‘A’ certificate.

It means only people above 18 years of age are eligible to watch the movie in theatres. Veere Di Wedding is produced by Rhea Kapoor and Ekta Kapoor along with Nikhil Dwivedi. Kareena Kapoor Khan, Sonam Kapoor Ahuja, Swara Bhaskar and Shikha Talsania are playing as childhood friends in the movie. Permanent Roommates actor Sumeet Vyas is also playing a prominent role.

Veere Di Wedding is all set for its release on 1st of June. Anil Kapoor’s son Harshvardhan Kapoor is also coming with ‘Bhavesh Joshi Superhero’ which is to be released on the same date. 1st June is the date for Kapoor siblings and it would be interesting to see which movie does the best.

Ahaan Pandey: I’m just excited to be a part of this...

Anushka Sharma Blushes And Says That She Loves And Misses Virat...

Nora Fatehi on shooting Kamariya from Stree: I had a blast...

Before Sanju, Ranbir Kapoor And Vicky Kaushal Have Worked Together In...

10 Snaps Of Rahul Khanna Prove That He Is The Most...