Over the last one year, a lot has happened as far as Gulshan Kumar’s biopic, Mogul, is concerned. The biography, which was originally meant to feature Akshay Kumar as the music mogul, came to a grinding halt when the Bollywood superstar returned the signing amount with a thank-you note indicating that he would not be available. Recently, he even confirmed the development and reasoned there were ‘differences over the script’ with the makers. Then, Aamir Khan took over as co-producer and got writer-director Subhash Kapoor to redo the script to his satisfaction. Bhushan Kumar, head honcho of T-Series, who’s bankrolling the movie based on his father’s life, had told us a few months ago, “We haven’t finalised the lead, but we will have a younger star in the film.” Now, After Hrs has learned that Ranbir Kapoor is Bhushan and Aamir’s first choice. 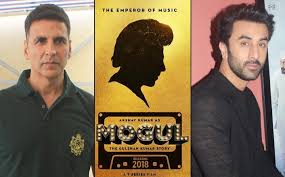 Earlier, Akshay Kumar was supposed to play music mogul Gulshan Kumar in the film. When the film was in the doldrums, he was asked about its progress. He had then informed Bombay Times, “Subhash is scripting the film. Only after the script is finalized will the production be scheduled, no?” Bhushan Kumar had then informed the daily, “We had never locked the dates with Akshay. Once the script is finalised, we will proceed with planning and scheduling the shoot. The priority is to get the script right. It’s not easy to tell a life story in two-and-a-half hours flat. And since ‘Mogul’ is based on my father’s life, we have invested emotionally in the project, especially my mother.”

We Bet You Never Knew How Sunny Deol Taught Us To...

Neha Kakkar willing to take up acting only if its TOO...

Delhi 47 KM director on clashing with Dhadak: The intellectual audience...