It’s such a delight to see these happy faces together. Neha Dhupia and beau, Angad Bedi, who tied the knot earlier this month, are yet to host a reception for their Bollywood friends. But until they plan one, which we believe will be organized soon, the couple is busy meeting their friends and planning some lunches and dinners together. Neha is quite a socialite and is friends with most people in the industry. She shares a great rapport with all of them and her reception will be a starry affair. The newest couple of B-town was seen leaving a restaurant with Soha Ali Khan and hubby Kunal Kemmu today afternoon after enjoying a sumptuous Monday lunch. We believe, little Inaaya, was tucked to sleep, while her parents enjoyed a lunch with their friends. Neha was smiling wide and the glow on her face was hard to miss. Recently Neha made headlines when it was speculated that she was pregnant with Angad’s child and that her pregnancy is the real reason why the couple got married suddenly. Recently, in their first ever interview as a couple to Bombay Times, Angad dropped a subtle hint on parenthood and how he’ll handle it. “As far as having kids and striking a work-life balance are concerned, I will be able to respond to the situation when I am in it. When we are in that situation and those sacrifices have to be made either by her or me, we will do it. Work is important, but there is a life beyond that. Kids are an extension of you and it is important to raise them well. If that requires sacrifice, even professionally, then we will do it. When you have a child, the happiness that it will give you cannot be matched by any number of zeroes on a cheque. So, you got to look at life from that perspective,” he was quoted as saying. 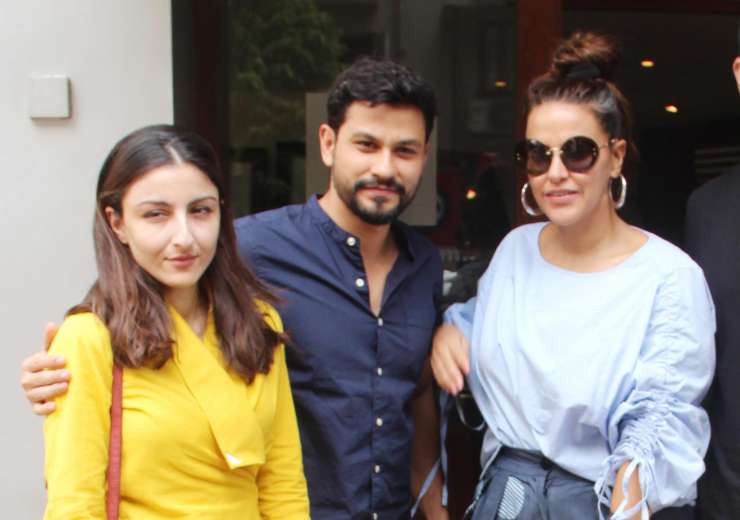 Neha’s father, Pradip Dhupia, was quick to refute all rumors. In his interaction with Dainik Bhaskar, he said, “No no…there is no such thing at all. Since the two got married early, people are thinking otherwise. But there is no such thing. People will keep talking about things and spread rumors as per their wish.”