Late actress Sridevi is a legend across the world. After her sudden demise earlier this year, several fans and fellow colleagues broke down across the world. In her memory, several people, award shows, and film festivals have honored her with an award, a special mention or something else. During the 71st Cannes International Film Festival too, a special tribute was given to the actress. At the Titan Reginald F Lewis Film Honours at the prestigious film festival, late Sridevi was honored with the Titan Reginald F. Lewis Film Icon Award. Though Boney, Janhvi, and Khushi Kapoor were supposed to be present for this special moment, they could not make it. And hence, veteran filmmaker Subhash Ghai and producer Namrata Goyal received the award on behalf of the family. For those of you who don’t know, this award is traditionally to celebrate women of the film Industry all over the world. Being one of India’s biggest female superstars and her immense contribution to the industry over several decades, Sridevi was honored with this special award. A special visual footage was also screened in her honor with Subhash Ghai and Namrata Goyal also speaking about their experience with Sridevi. 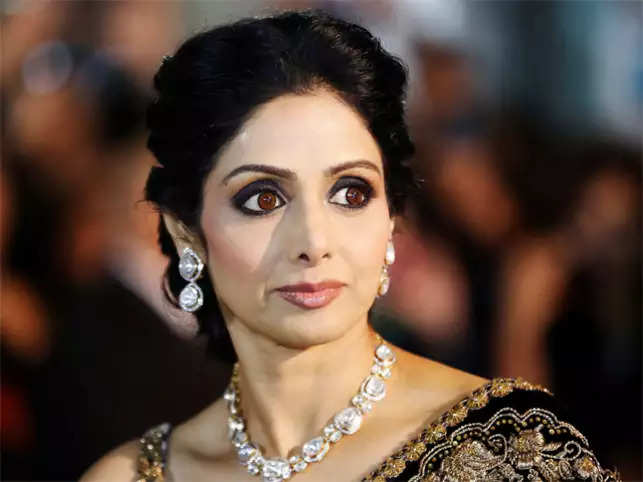 Reacting to Cannes honoring Sridevi, Boney mentioned, “I’m happy that people from the world over are recognizing her body of work and her contribution to cinema. Even though the overwhelming emptiness of losing her remains, it’s comforting to know that she lives on through her work. Janhvi, Khushi and I are overwhelmed with the recognition and tributes and love of millions of her fans being showered on her. Her work and life have touched so many hearts across the world and she has been an inspiration to millions. She will live forever, thanks to her body of work.” It was honour to receive Award on behalf of legend @SrideviBKapoor at @Festival_Cannes yesterday for her outstanding contribution in indian cinema n shared my experience with impeccable inimitable actor to western audience hosted by Titan Reginald F. Lewis film honours 🎥 pic.twitter.com/5QZsTYtVkG

Subhash Ghai even posted pictures and tweeted, “It was an honor to receive Award on behalf of legend @SrideviBKapoor at @Festival_Cannes yesterday for her outstanding contribution in Indian cinema n shared my experience with an impeccable inimitable actor to a western audience hosted by Titan Reginald F. Lewis film honors.”

Neha Dhupia cuddles up in Angad Bedi’s arms and their picture...

Before matching bands with Priyanka Chopra, Nick Jonas had made headlines...

Neetu and I like her: Rishi Kapoor opens up about Ranbir-Alia’s...

After Khatron Ke Khiladi 9, Zain Imam to be seen in...