Katrina Kaif is busy chilling with her family these days. The actress recently celebrated her 35th birthday and she decided to spend it with her close ones instead. While the occasion demands a grand bash of some sorts where you see who’s who from the industry attending it, Kat preferred to keep it extremely intimate. She decided to ring in her birthday at a countryside near England where she can chill and be herself. We saw some pictures from her birthday celebration where the actress was all smiles to be surrounded by her set of people. Today yet another picture of hers in going viral on the internet and it includes her sister Isabelle Kaif. 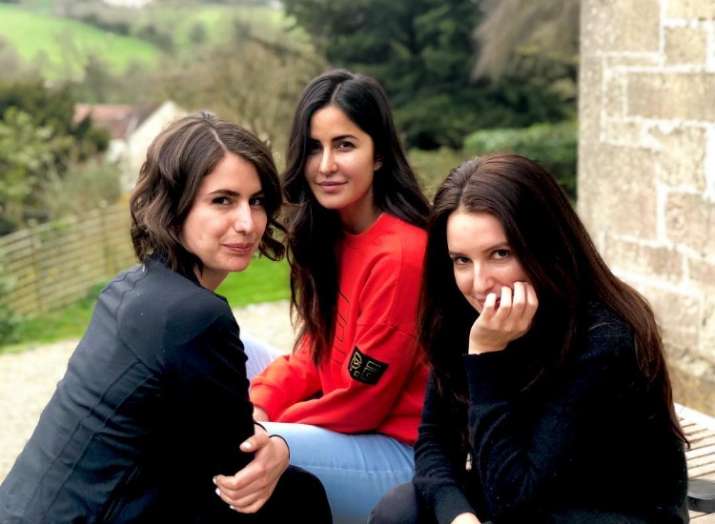 The picture sees Kat enjoying a train ride with her sister, Isabelle in London while she’s busy flaunting her million dollar smile. The actress is definitely enjoying some inside joke with her younger sister and we wonder what it was all about. It’s been after such a long time that we see Katrina so happy and cheerful. It’s also after such a long time that she had some free time from her busy schedule which she could dedicate to her family.

whose mirror selfie is the hottest???? Ranveer Singh or Shahid Kapoor…

Benafsha Soonawalla’s Europe travel diaries are just like her, hot and...

After the Vogue photoshoot, here is another video of Suhana Khan...

We Bet You Never Knew How Sunny Deol Taught Us To...